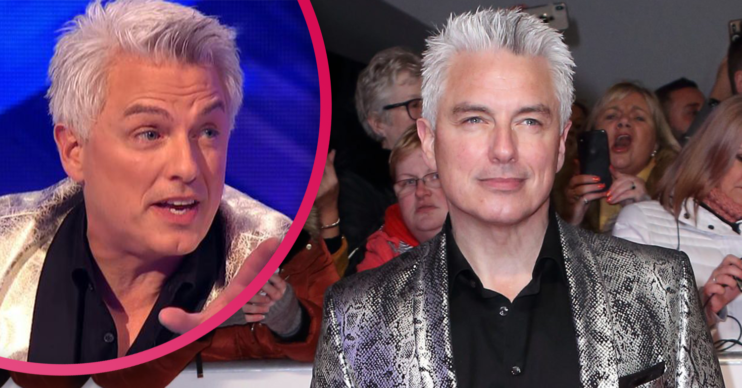 John Barrowman news: Reports star has been axed from Dancing on Ice are ‘factually incorrect’

John's apologised for his 'inappropriate behaviour'

News reports that John Barrowman has been axed from Dancing on Ice are “factually incorrect”, his agent has said.

John has been under fire in recent weeks amid claims of “inappropriate behaviour” on TV sets.

The Dancing on Ice judge has apologise for his actions, calling it “tomfoolery”.

John Barrowman news: Is he leaving Dancing on Ice?

In the wake the allegations, there have been calls for ITV to axe John from the ice panel.

The Sun claims today (May 30) that the star has been “sensationally axed” from the 2022 series.

A telly source said: “Ever since allegations against John came to light, discussions have been ongoing over his future on the panel of Dancing On Ice.

“But the feeling now is there is no way we can invite him back.

“ITV has shown they are prepared to act decisively when stars are accused of inappropriate behaviour and it seems this situation will not be the exception to the rule.”

So what did John Barrowman do?

It’s claimed the actor repeatedly exposed himself on the set of Doctor Who spin-off Torchwood.

He’s appeared as Captain Jack Harkness in the popular drama.

The allegations came to light after the Noel Clarke scandal when a historic video of Clarke – who appeared in Doctor Who – resurfaced.

So what has ITV said?

An ITV spokesman said: “Any discussions regarding the 2022 series of Dancing On Ice are very premature.”

Engagements for Dancing on Ice are not dealt with until much later in the year.

They told ED!: “This is factually incorrect.

“As ITV has verified, no decision has been made.

“Engagements for Dancing on Ice are not dealt with until much later in the year.”