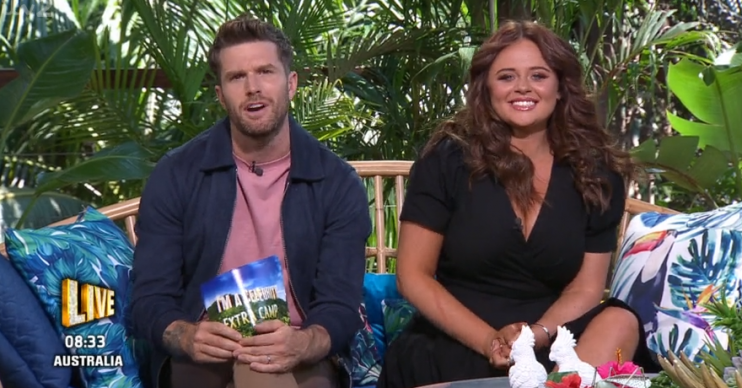 The I'm A Celebrity spin-off was axed earlier this month

The 34-year-old comedian has presented the I’m A Celeb… spin-off for the last two years.

He has now admitted that he is shocked it lasted until this year before ITV bosses dumped it.

Read more: Joel Dommett claims someone is lying about being on The Masked Singer

“It was clearly the most expensive after-show on television – and sadly after-shows are slowly dying off.”

However, Joel is worried that new faces will have a hard time breaking in to TV now that it has been axed.

Joel, who hosted the latest season alongside Emily Attack and Adam Thomas – said: “I genuinely worry about how they are going to get newer names into the channel away from comedy shows.

“Panel shows are quite a scary place to be and Extra Camp was brilliant because you’re in at the deep end.”

Joel appeared on I’m A Celeb as a contestant in 2016, finishing second, and he thinks it was one of the best career decisions he ever made.

He said: “It was a real risk because comedians didn’t do it. If you did, comics would label you a ‘sell-out’.

“I was starting to get known for my Edinburgh shows and comics, especially, were saying, ‘That’s the worst decision, what is he doing?’

“But I just felt like it was good for me.

“I’m an upbeat guy, I’m not like a lot of comics who are a bit depressive — and it really paid off.”