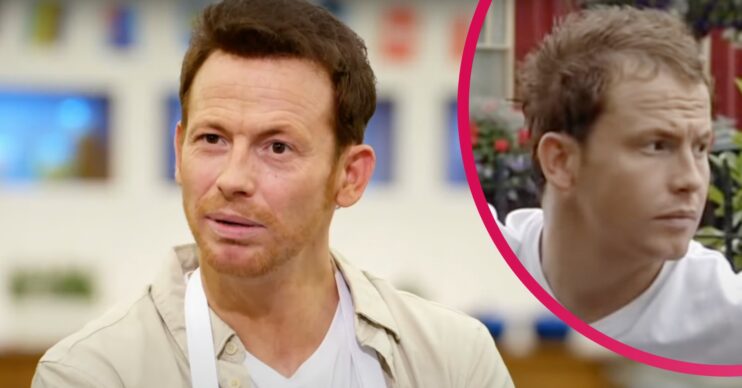 The star fought the infection back in 2005

Joe Swash once revealed how a devastating health battle led to him believing he was “certain” he’d die.

The 39-year-old – who is on Celebrity MasterChef: Christmas Cook-Off tonight – also revealed how his health battle made him think he was going to have to give up on acting altogether.

What happened to Joe Swash?

Back in 2005, Joe Swash was forced to take a break from EastEnders as he battled meningitis. The star was struck down by the illness while visiting family and was rushed straight to the hospital.

Meningitis is a condition where the lining around your brain and spinal cord becomes inflamed. It can be deadly.

Speaking to the News of the World over 10 years ago, Joe detailed his experience with the illness.

“I was certain I’d die. My head hurt so much I wanted the nurses to cut it off,” he confessed at the time.

When speaking about his symptoms, the star said he knew something was wrong. Joe said that he thought he had suffered from a stroke as his body was numb. Then the headaches started.

The actor said he had never felt pain like it.

What else did Joe Swash say about his bout with meningitis?

The actor went into more detail about his illness at the time of the interview.

“I couldn’t feel the left side of my body. It was numb. I tried wiggling my toes and my legs. My arm felt like it was sagging, almost hanging off my body,” he said.

Joe then said that he tried to speak, and found that he couldn’t. He said a “sheer terror” overcame him as he struggled to talk.

Heartbreakingly, the actor believed that his illness meant that he would have to give up acting.

“I’d now lost the most important thing you need to be an actor – the ability to talk. It was terrifying. I’ve never been that scared before,” he confessed.

Joe revealed at the time that, thankfully, after a short stay in the hospital, he was fully recovered.

The I’m A Celebrity star returned to EastEnders to continue playing Mickey Miller, but not for long. Joe and his character were axed from the show in 2008, after close to five years on the show.

Mickey Miller did return in 2011, but Joe hasn’t been seen on the show since. He has previously admitted that he has “unfinished business” with the hugely popular BBC soap.

Since his battle with meningitis, Joe’s career has gone from strength to strength. As well as appearing on I’m A Celebrity in 2008, he also won Dancing On Ice in 2020.

Joe is also appearing on Celebrity MasterChef: Christmas Cook-Off tonight. He’ll be hoping to walk away with the Golden Whisk after losing to Kadeena Cox in the series proper back in September.

Celebrity MasterChef: Christmas Cook-Off is on BBC One and BBC iPlayer tonight at 9pm.