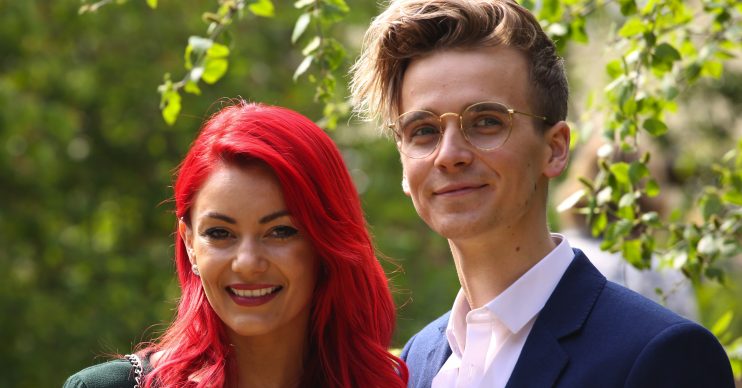 And now the pair – who fell in love during the series – have taken a very big step in their relationship.

Vlogger Joe, 27, has posted a video to his YouTube channel, in which he’s seen asking the Australian dancer, 30, to move in with him.

And she said yes!

Towards the end of the 12-minute clip, Dianne is seen reading out a note that Joe has written for her.

Dictating the message, she says: “I have officially invited you to live in my humble abode with me.”

At first, she’s not sure what he’s getting at, asking her boyfriend: “What does that mean?”

But as she continues to scroll down the message, it becomes more obvious.

She reads: “Do you want to move in with me? Yes or no? Circle your choice. All my love, Joseph.”

Dianne seems to tease Joe as she pauses on her answer.

“That’s very cute,” she says finally. “Can I phone a friend?”

Dianne then goes to circle ‘No’, before moving the pen at the last minute and answering yes.

Joe is heard saying: “I thought you were going to say no! I was about to say: ‘Go on then, sling your hook, get out!'”

The pair announced that they were a couple shortly after the final.