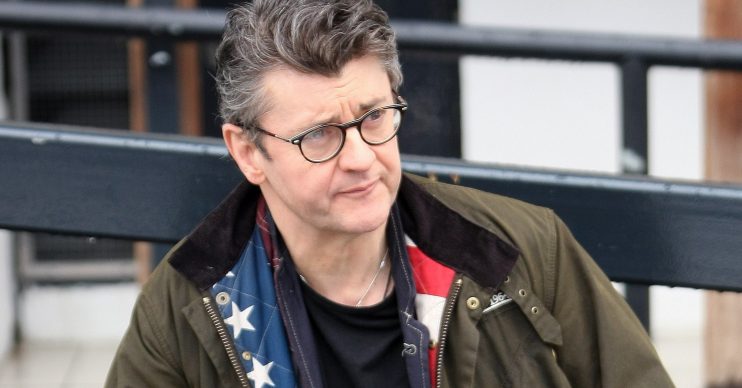 Sadness behind the smile

Along with other celebrities, comedian Joe, 57, will be delighting the nation by stripping off and performing in order to raise awareness of prostate cancer.

Sadly, Joe’s father lost his own battle with the disease.

Before the show aired, former I’m A Celebrity winner Joe revealed the real reason why he was taking part.

“The real reason I’m here is because my dad has prostate cancer.”

“You’ve got to go and do it. If you can get your willy out on telly, go and do it and I’ll be proud of it.”

Read more: Emmerdale’s Kevin Fletcher flashes his bare bum as he prepares for The All New Monty

Snooker star Willie Thorne, who also appears on the show, revealed on This Morning Joe’s heartbreak.

“Joe Pasquale lost his father a few weeks ago. He was on the show when his father was alive. Condolences to Joe, it was great working with him.”

Appearing on the show with Love Island’s Jack Fincham, Willie also spoke about his own battle with prostate cancer, and revealed that he was now stable after a round of new tests.

Read more: Matt Evers reveals cancer scare as he prepares for The All New Monty

Presented by Alexander Armstrong, choreography and training is one again handled by Ashley Banjo.

Entertainment Daily has reached out to Joe’s rep for comment.

What did you make of this story? Let us know what you think over on our Facebook page @EntertainmentDailyFix.