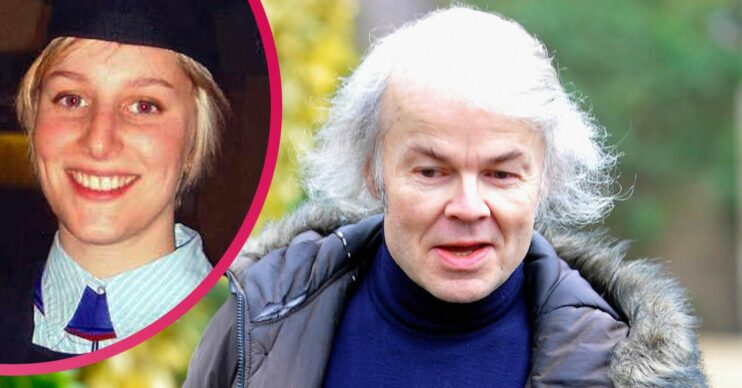 Joanna Yeates murder: Why was Christopher Jefferies wrongly accused and how much was he compensated?

He was front page news for a crime he didn't commit

Christopher Jefferies’ face made front page news in 2010 when he was wrongfully arrested for the murder of Joanna Yeates – but why was he a suspect and where is he now?

Think of murdered landscape architect Joanna, and it’s likely an image of Christopher Jefferies will follow.

An innocent man, he became famous for the wrong reasons when he was linked to the crime.

Here’s everything you need to know about his trial by media.

Who is Christopher Jefferies?

Christopher Jefferies is a retired teacher at Clifton College.

He was Joanna Yeates’ landlord at the time of her death.

In fact, it was Vincent Tabak who killed the 25-year-old.

Vincent strangled her to death on December 17 2010.

Why was he accused of Joanna Yeates’ murder?

At first, the police’s prime suspect was Christopher Jefferies.

Police arrested him on December 30 2010 on suspicion of her murder.

He lived in another flat in the same building as Joanna.

Police questioned him for two days, while forensic investigators inspected his flat.

After two days, Christopher was eventually released on bail.

On March 2011, police said he was no longer a suspect.

He told police that Jefferies had been using his car on the night of December 17 2010.

Christopher Jefferies bought libel action against eight publications after being vilified in the press.

The court eventually found the Daily Mirror and The Sun guilty of contempt of court for reporting information that could prejudice a trial.

Avon and Somerset Police issued an apology for any distress caused to him during the investigation.

The stories relating to Mr Jefferies have been described as “character assassination on a large scale”.

Reports labelled him as weird, posh, lewd and creepy, and claimed his former pupils called him ‘The Nutty Professor’.

“But the finger-pointing and character assassination by social and news media of as yet innocent men has been shameful.”

What has Christopher Jefferies said about his wrongly arrest?

Mr Jefferies said: “It has taken up a whole year of my life.”

He later gave evidence to the Leveson Inquiry, saying that reporters had “besieged” him.

The landlord said: “It was clear that the tabloid press had decided I was guilty of Miss Yeates’ murder and seemed determined to persuade the public of my guilt.”

In 2014, he went on to say: “At the time it felt as if the police were deliberately playing a game.

“It was a form of torture.”

Christopher Jefferies ITV drama – how can I watch?

The Lost Honour of Christopher Jefferies is based on the true story of the retired schoolteacher.

In 2013, ITV commissioned the two-part series, starring Jason Watkins in the leading role.

The Bristol Post reported that Jefferies had read and approved the script, and supported the project.

It went on to win two awards at the 2015 British Academy Television Awards.

Viewers can watch the two-parter on BritBox or Amazon Prime Video.

Where is Christopher Jefferies now?

Christopher Jefferies is now in his Seventies.

He campaigns for press reform group Hacked Off – which has actor Hugh Grant as a board member.

Hacked Off was started in the wake of Leveson and the phone hacking scandal.

The former teacher continues to campaign against press intrusion, but mostly lives a quiet life away from the spotlight.

Who do you feel about what happened top Christopher Jefferies? Leave us a comment on our Facebook page @EntertainmentDailyFix.