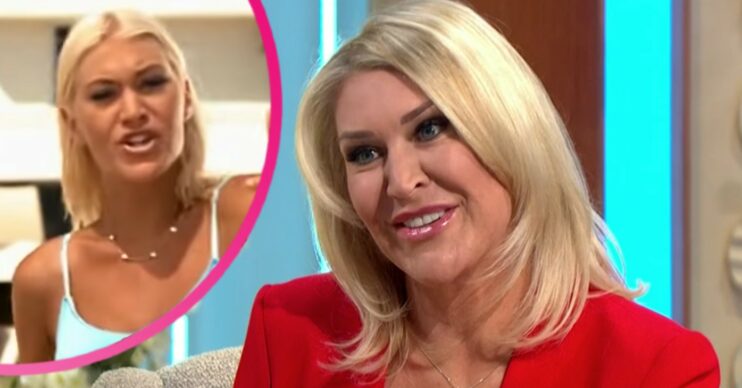 Viewers seemed to be distracted

The 42-year-old singer was launching her solo career on the show, but viewers were seemingly distracted.

Last year, Jo took to Instagram to show before-and-after photos of herself after quitting booze and cigarettes.

At the time, she wrote: “Just goes to show you [what] dedication can do!

And Jo certainly looked different on the show on Thursday.

Dressed in a smart red blazer, she was all smiles as she chatted to host Christine Lampard.

However, viewers couldn’t help but comment on her appearance.

What the hell has Jo O'Meara done to her face? #lorraine

How did viewers react to Jo on Lorraine?

Viewers took to Twitter to express their shock following the chat.

One said: “What the hell has Jo O’Meara done to her face? #lorraine.”

Jo said she always felt like ‘the ugly one’

In an interview with The Sun earlier this year, Jo said that she always felt the “ugly one” in the 90s pop band.

“When I look back, I wasn’t that big really,” she said.

Read more: Jesy Nelson wows in bikini as Jo O’Meara admits she also felt like ‘the ugly one’

“But because I was standing next to three absolutely stunning girls, I was always ‘the ugly one that sang the songs’.”

She added: “I can totally relate to Jesy and how she feels because it’s a very real thing, body shaming.”