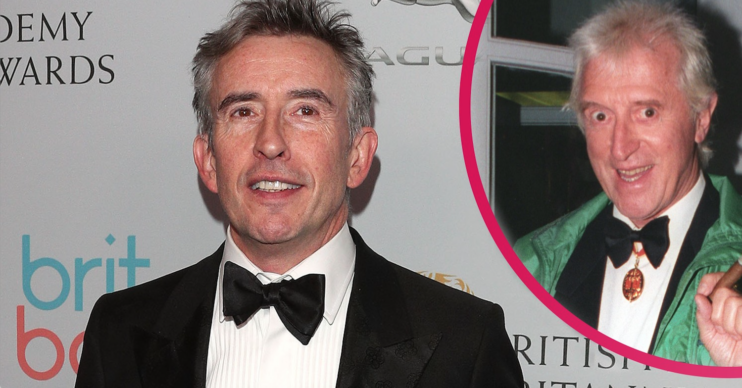 This is going to be one controversial drama series

The survivors of serial abuser Jimmy Savile are to “meet” actor Steve Coogan on the set of a BBC drama about the late star’s life.

Filming at the moment, The Reckoning will tell the story of Savile’s life.

Why are the survivors of Jimmy Savile going on set?

According to writer Neil McKay, some of Savile’s survivors will meet Alan Partridge star Steve on-set dressed as the man who abused them.

He told The Sun: “It’s clearly going to be strange. But they wanted to do it, they’re fully prepared, so it will be interesting.”

“… and all appropriate safeguarding measures were put in place by production to facilitate this.

“The team are working closely with many people whose lives were impacted by Savile to ensure their stories are told with sensitivity and respect.”

What is The Reckoning about?

The mini-series will trace the rise of Jimmy Savile, from his days as a DJ in dance halls across the north of England to his career at the BBC.

The corporation says: “The team are working closely with many people whose lives were impacted by Savile to ensure their stories are told with sensitivity and respect.

“It will examine the impact his appalling crimes had on his victims and the powerlessness many felt when they tried to raise the alarm.

Alan Partridge star Steve, said: “To play Jimmy Savile was not a decision I took lightly.

“Neil McKay’s intelligent script tackles sensitively an horrific story which – however harrowing – needs to be told.”

What did Jimmy Savile do?

The story of Jimmy Savile is one of the most remarkable and chilling in British history.

Throughout his long career as a DJ and TV star, he became a popular figure and household name.

Read more: Jimmy Savile documentary viewers call for BBC to be ‘defunded’ as full extent of his abuse explored

However, after he died in 2011 aged 84, hundreds came forward to make sickening allegations.

Investigations into Savile’s activities at 28 NHS hospitals concluded that he had sexually assaulted staff and patients aged between seven and 75.