BBC's The One Show brought its D-Day anniversary coverage to an emotional close last night (June 5), reducing viewers to tears with a 'gut-wrenching' tribute to those who gave their lives on the beaches of Normandy 75 years ago.

Co-hosts Matt Baker and Emma Willis, who was standing in for presenter Alex Jones, introduced the programme's final set piece. 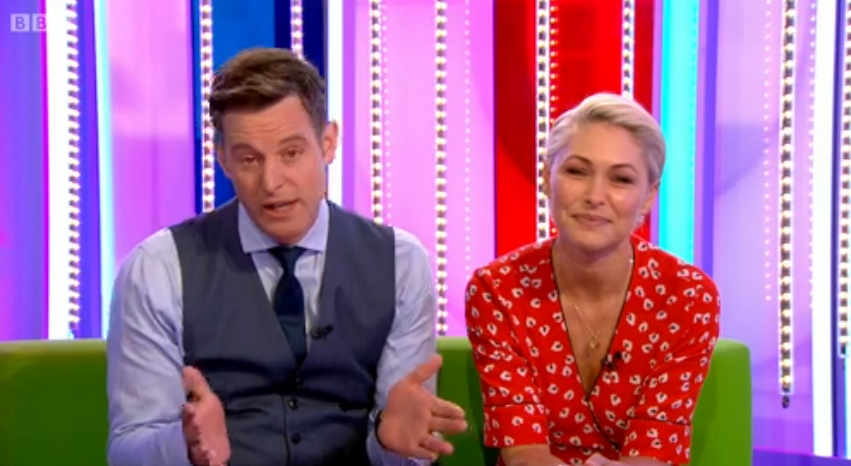 Matt and Emma had been speaking to Davina McCall and Nicky Campbell (Credit: BBC)

Matt said: "Now from Arromanches in Normandy, close to where world leaders and veterans have gathered on this historic day, with a special performance for The One Show. Let's hear Jim Radford and The Shores of Normandy."

The camera then cut from the studio to a band on stage, as World War Two veteran and folk singer Jim started his heartfelt tribute to the men who died on D-Day.

The end of The One Show tonight is one of the most emotional things I think I ever seen.

He sang: "In the cold grey light of the sixth of June, in the year of forty-four, the Empire Larch sailed out from Poole to join with thousands more.

"The largest fleet the world had seen, we sailed in close array, and we set our course for Normandy at the dawning of the day." 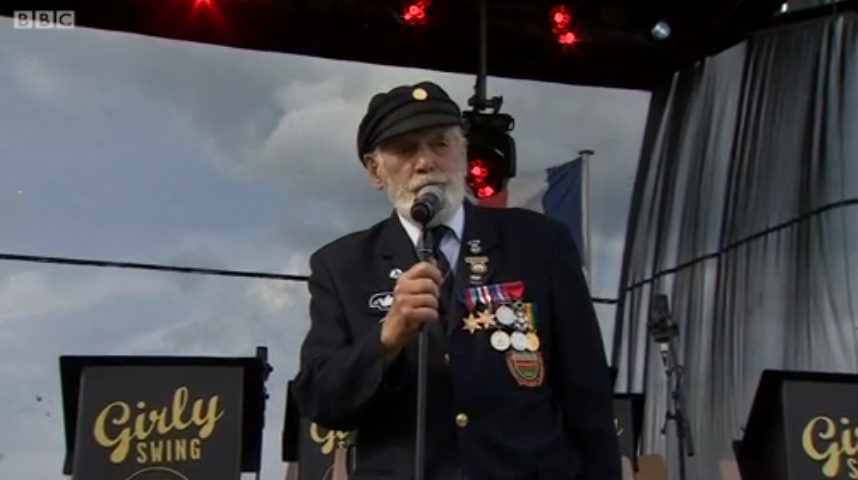 As Jim sang, the camera offered up a montage of crowds gathered on the beach, planes flying in formation overhead and survivors of that fateful day laying wreathes at a memorial.

"There was not one man in all our crew but knew what lay in store, for we had waited for that day through five long years of war," Jim continued. 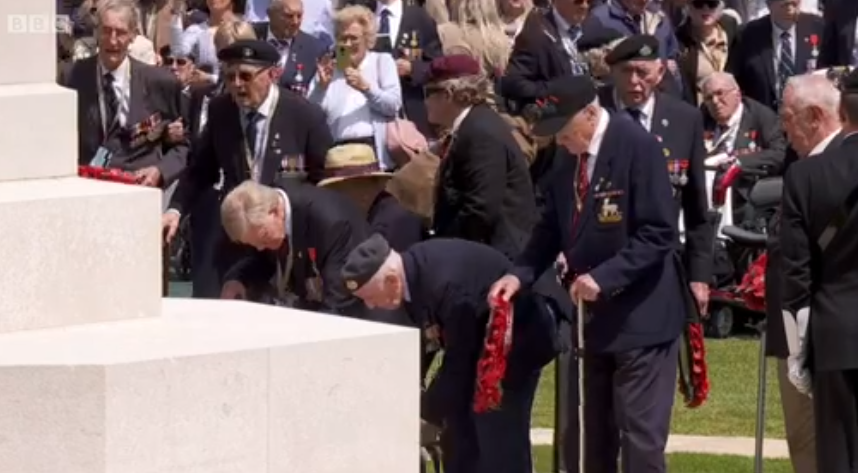 One tweeted: "What a gut wrenching heartfelt song... #TheOneShow #DDay75Anniversary."

Another said: "The end of #theoneshow tonight is one of the most emotional things I think I ever seen. Beautiful and humbling. #Normandy #DDay #Respect."

Someone else simply tweeted a broken heart and crying-face emoji.

A fourth wrote: "That earlier with the veteran singing was fantastic. Here's hoping to does really well in the charts #theoneshow #DDay75thAnniversary #DDay75 #DDay."

The end of #theoneshow tonight is one of the most emotional things I think I ever seen. Beautiful and Humbling. #Normandy #DDay #Respect

That earlier with the veteran singing was fantastic. Here's hoping to does really well in the charts #theoneshow #DDay75thAnniversary #DDay75 #DDay

Read more: The One Show forced to apologise as Sir Michael Caine swears live on air

It follows historian Dan Snow's controversial interview with veterans on a ship crossing the Channel.

Elsewhere on The One Show, Matt and Emma chatted with TV presenters Davina McCall and Nicky Campbell, who were on to talk about helping families reunite and find loved ones with their programme, Long Lost Family.