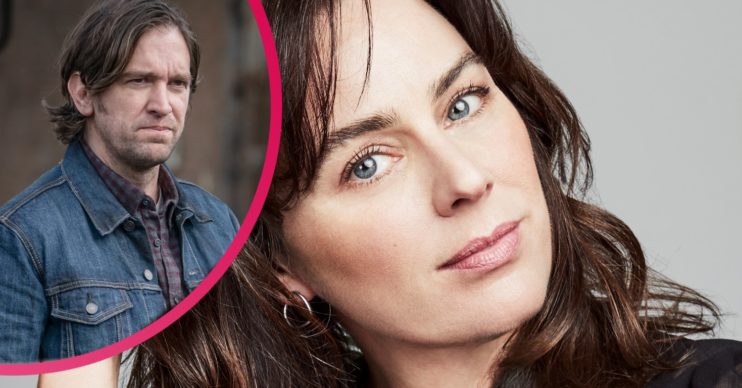 Who else is in the cast and when does it start?

The channel has today announced (Thursday May 27 2021) that Jill will appear in the upcoming prime time drama The Holiday, based on T.M. Logan’s bestseller of the same name.

The Holiday on Channel 5: What’s it about?

Jill Halfpenny takes on the role of Kate, a woman whose dream family holiday quickly becomes a nightmare.

She discovers her husband is having an affair with one of her best friends.

Her four best friends are on holiday with her, but which one is it?

As Kate closes in on the truth in the stifling Mediterranean heat, she realises too late that the stakes are far higher than she ever could have imagined.

Because someone in the villa may be prepared to kill to keep their affair hidden.

Jill Halfpenny says: “T.M. Logan’s novel, The Holiday, was such a joy to bring to life and filming with such a talented cast was just fantastic!

“Portraying Kate’s dream holiday turn into a nightmare was great fun and hopefully the fans of the book, and those who have yet to discover it, will enjoy the rollercoaster journey we take you on with this gripping thriller.”

Is The Holiday based on a book?

The Holiday is based on T.M. Logan’s bestselling novel of the same name.

It follows Kate, who has planned her dream holiday to celebrate her 40th birthday – with four best friends and their husbands and children in a luxurious villa under the blazing sunshine of Provence.

But there is trouble in paradise…

Kate suspects that her husband is having an affair, and that the other woman is one of her best friends.

One of these women is willing to sacrifice years of friendship and destroy her family. But which one?

Kate investigates the truth in the stifling Mediterranean heat, but she realises too late that the stakes are far higher than she ever imagined.

Because someone in the villa is prepared to kill to keep their secret hidden!

Read more: Anne Boleyn: Where was the Channel 5 drama filmed?

Who’s in the cast of The Holiday?

Jill Halfpenny stars as Kate in the upcoming thriller.

Viewers know her best for portraying Nicola in Byker Grove, Rebecca Hopkins in Corrie, Kate in EastEnders and Izzie Redpath in Waterloo Road.

Jill recently starred in the C5 thriller The Drowning.

He’s famous for playing Niko in Killing Eve, and recently portrayed Frank Mercer in The Bay and Mark Ryan in Three Families.

Their teenage daughter Lucy is played by Lara McDonnell, star of Artemis Fowl.

Midsommar’s Liv Mjones plays Jenny in their group of friends, while her husband Alistair is portrayed by Aidan McCardle.

He recently starred as Roger Hollis in The Trial of Christine Keeler.

Is it the same story as the film of the same name starring Cameron Diaz?

Nope, The Holiday on Channel 5 is not the same story as the famous film of the same name.

The Holiday on Channel 5: How many episodes is it?

The Holiday is a four-part drama.

Each episode will be an hour long.

We suspect it will go out on four consecutive nights, like The Drowning and Intruder.

The Holiday is currently in production.

The series will air later this year on Channel 5.

Writer Michael Crompton has adapted the novel for television.

The Holiday will air on Channel 5 later this year.

Will you be tuning in to watch The Holiday on Channel 5? Leave us a comment on our Facebook page @EntertainmentDailyFix.