Jezza K was left stunned when a guest insulted him and his career during today's Jeremy Kyle Show.

Dylan appeared on the show as he was accused of trying to sleep with his own brother's wife - something he denied.

However, when the host grilled Dylan on why he hasn't got a job, the man hit back and accused Jeremy of not being able to "win an award". 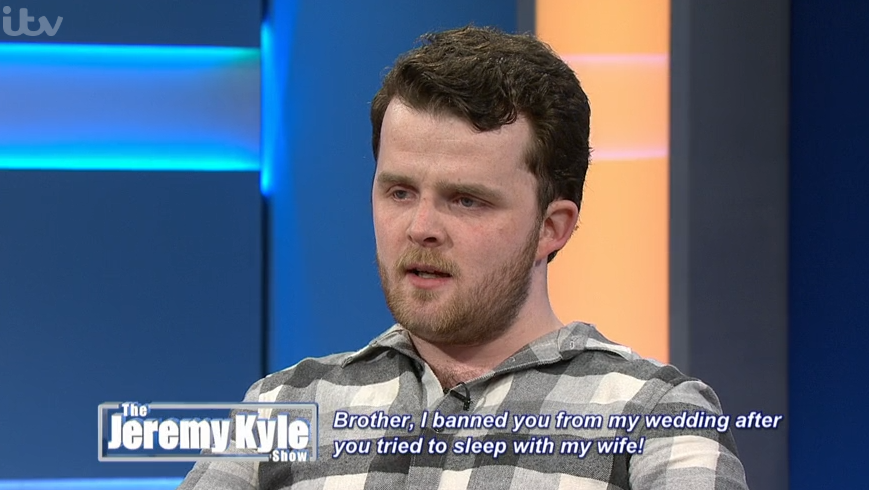 Jezza grilled Dylan on why he hasn't got a job (Credit: ITV)

Jeremy asked Dylan: "What's wrong with you? Why are you so miserable?"

Dylan replied: "Because I've got to stare at your mug," to which Jeremy said: "It's absolutely fine to say that because I don't really get affected."

Jeremy then asked Dylan why he doesn't have a job, saying: "Have you ever had a job?" to which Dylan shouted: "Yeah!"

Jeremy pressed further, saying: "Doing what?" to which Dylan said: "Painting and decorating." 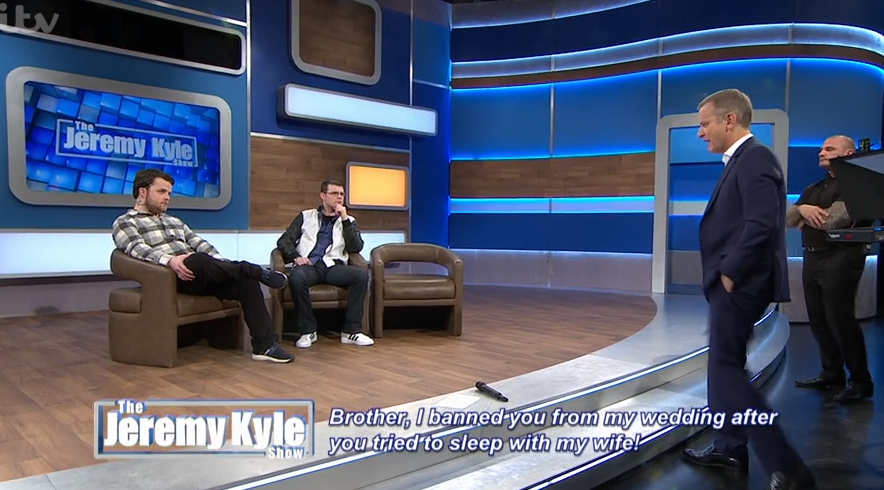 I haven't won an award right, but I do support my family and I don’t abuse my family or my brother's wife.

Dylan hit back: "How do you know? I don't even like you, you little [bleep]."

As the audience gasped, Jeremy asked: "You don't like me?" to which Dylan replied: "No, why would anybody like you? You can't even win an award or anything."

Left speechless by Dylan's remark, Jeremy jokingly bent down and put his face in his hands. 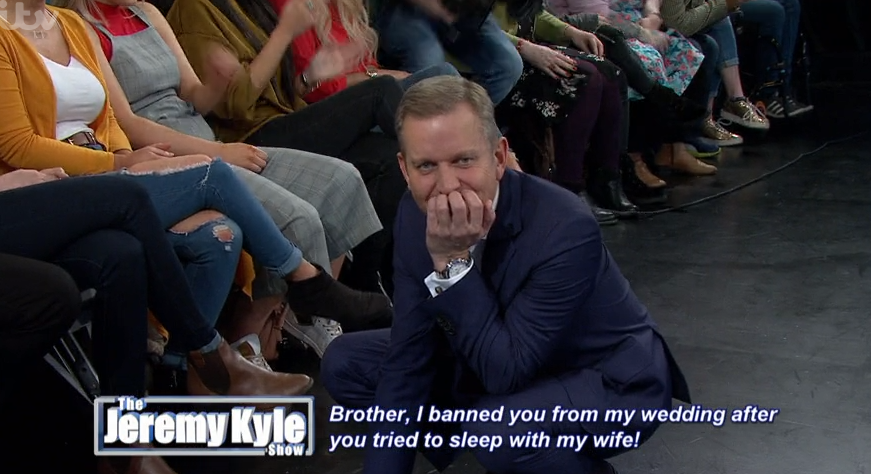 Jeremy jokingly bent down and put his face in his hands (Credit: ITV)

Jeremy hit back: "No I haven't won an award right, but I do support my family and I don’t abuse my family or my brother's wife.

"You know what, if I had this bit of music I would win," as the This Morning theme song played in the studio.

Dylan went for it again, ranting: "Why would anybody like you?" to which Jeremy said: "What, because somebody takes you on and tells you exactly what you are, you lying low life piece of whatever."

Bliiiiiii-mey. Leave us a comment on our Facebook page @EntertainmentDailyFix and let us know what you think of this story.