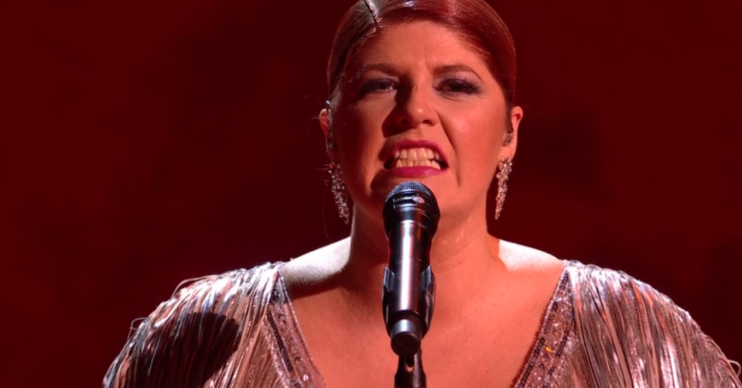 She's sure she could take them on

Quizmaster Jenny Ryan has challenged the judges from The X Factor: Celebrity to come on The Chase.

The chaser, 37, was eliminated from the singing competition before her shock return for the live shows.

But now, she wants to take on judges Simon Cowell, Louis Walsh and Nicole Scherzinger in a different way – from the comfort of her chaser’s seat!

In a chat with the Daily Star, Jenny said: “I could take on Simon. I’d love to get him on The Chase, see how he copes in my world!”

In The X Factor: Celebrity, Jenny surprised the judges and viewers alike with her powerful voice at the auditions in Los Angeles.

I could take on Simon.

She was later sent home by Nicole, but Simon decided to bring her back on the programme.

Despite initially being eliminated, Jenny is confident she has what it takes to win.

She told New Magazine: “I can win the show! I’m competitive and it’s one of those things. The longer you’re in it, the more the will to win comes in. Let’s do it!”

She also admitted she would “love” to duet with The Chase host Bradley Walsh, who is a talented singer.

She explained: “We could form a Chase supergroup! Paul Sinha is a very good ­piano player and singer.

“We’ve duetted before so I’m more than happy to look at how we’d split up the roles. Then Bradley Walsh is really supportive. I’d love to do a duet with him.

“I’m not sure what ­instruments the others would play if we were to form a band… maybe Anne Hegerty on drums because she likes hitting things!”

For her grand return to The X Factor: Celebrity, Jenny belted out a powerful rendition of Conchita Wurst’s Eurovision-winning song Rise Like a Phoenix.

But afterwards she was forced to shut down claims on social media that she had been miming.

“I was not miming,” the quiz ace replied to one person on Twitter who thought her singing didn’t look right, adding: “The performance was live. I refer you to the hundreds of people in the studio who can attest.”