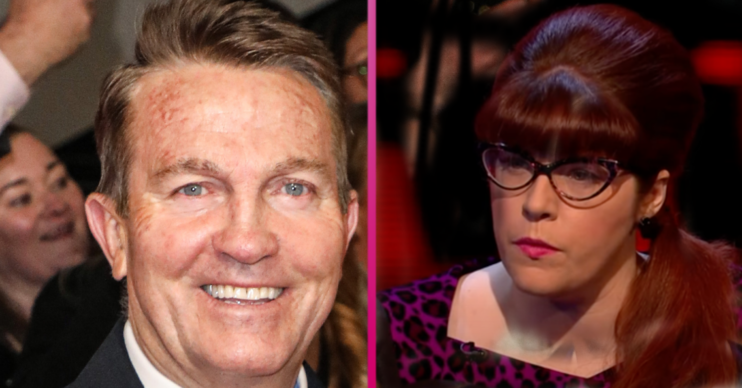 Jenny Ryan admits The Chase ‘wouldn’t be the same’ without host Bradley Walsh after he made a confession about his retirement.

The quiz show host has fronted the ITV show since 2009. But he doesn’t plan to be there forever.

Earlier this year, the 61-year-old said he could retire ‘in the next 24 months’.

Meanwhile, Jenny made her comments during an interview on ITV’s Good Morning Britain today.

She said: “It would not be the same show without Bradley, he’s a fabulous host and I really enjoy working with him.”

Jenny revealed she knew the show would be a success from the test pilot, because Bradley was involved.

She said: “I was involved in the test pilot, as soon as they said Brad was on-board I knew it was going to be a hit.”

I’ll be retired and that’ll be it

In a recent interview he said: “It won’t be the same without him. But if I’ve got anything to do with it, he’ll be going until his last breath.”

She said: “I mean, I think this was Brad just talking off the cuff. I don’t think he has any plans to retire.

“I think he just meant, you know, obviously I can’t go on forever.”

So what did Bradley Walsh say about retirement?

Bradley admitted on the Sliding Doors podcast: “You know what, in a couple of years time I won’t have to do any of it, I’ll be retired and that’ll be it.

“I don’t actually have time off. I have meetings, I have personal appearances I have to make and stuff like that with other things I’ve got going on, so it’s quite tricky to juggle it about.

“The Chase allows me to do the other stuff which I really want to do – not that I don’t love doing The Chase.”

On the quiz show, four contestants must pit their wits again super-brains the ‘Chasers’.

One thing’s for sure – his family at The Chase won’t let him go without a fight!

The Chase Celebrity Special will air on ITV tonight at 5.30pm.

What do you think about Bradley retiring? Let us know on our Facebook page @EntertainmentDailyFix.