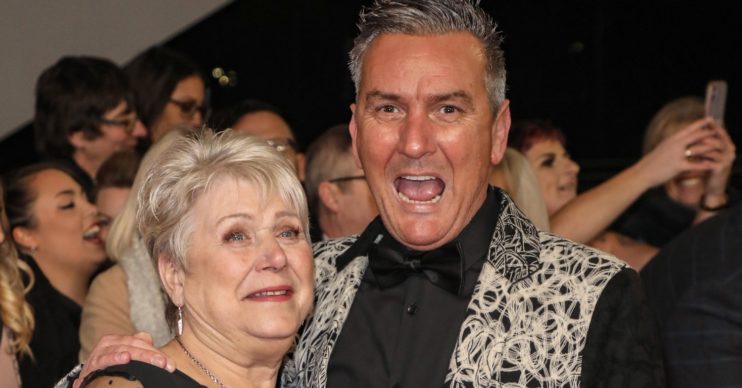 Jenny and Lee left Gogglebox fans fearing the worst last night over rumours they are leaving the show.

Viewers were sent into a spin after the loveable pair previously commented about the current series coming to an end.

Jenny wrote on Instagram last week that Friday’s show would be her “last one”.

Jenny and Lee on Gogglebox: Returned to hubby

Instead, after the 17 series finale had finished, Lee told fans he is now returning Jenny, 65, to her husband.

Taking to Instagram, the pair shared a picture of themselves sat on the sofa in Lee’s caravan.

Lee, 51, wrote: “Thanks for watching everyone time for Jenny to see her husband after 3 months with me.

“Really going to miss her tho, have a great summer everyone.”

He finished his message by declaring: “SEE YOU ALL IN SEPTEMBER.”

Replying, one fan wrote: “You have been absolutely brilliant. Have a great break and looking forward to seeing you both again in September. Take care.”

Another said: “Love you two. Like an old married couple hilarious. Enjoy your break and stay safe and well.”

Read more: What replaces Gogglebox next week? When will it be back on Channel 4?

A third told Jenny and Lee how disappointed they were that the series has ended before Eurovision.

The iconic singing competition is back tonight (May 22, 2021) after a two-year break.

“Gutted we can’t see your opinions on Eurovision. Would have been hilarious! Have a great summer,” the fan said.

Who is Jenny married to?

Jenny and Lee have been best friends for 20 years, but the main man in her life is her hubby Ray.

Last month, Ray made a cameo in a Gogglebox having never appeared in the show before.

But viewers didn’t get to see his face. Instead, Jenny was seen chatting to her husband on the phone.

She said: “Ray, can you do me a favour and pick up my prescription tomorrow?”

Unfortunately, it appeared Ray was unable to hear his wife due to bad signal.

“Hold on a minute!” she told him. But before fans even got to hear his voice, Jenny told Lee: “Oh, it’s gone off!”

The pair then giggled while viewers also shared their reactions on Twitter.

One tweeted: “Lol I think that was your answer then Jenny #Gogglebox!”

How did Jenny and Lee meet?

Given Ray’s desire to stay out of the limelight, Jenny asked her best pal Lee to audition with her for Gogglebox.

The pair, from Hull, Yorkshire, landed a spot on the hit Channel 4 show in eight years ago, but their friendship goes way back.

Lee was a regular at former landlady Jenny’s pub, The Crown Inn, during the 90s.

Jenny previously told The Big Issue: “He became a regular in 1994 and used to come in pretty much every night with his partner and we were friends from the off. We’ve been best friends ever since.”

Lee has been in a relationship with his partner Steve Mail for 26 years.

– Gogglebox returns to Channel 4 this September.

Did you enjoy this series of Gogglebox? Leave us a comment on our Facebook page @EntertainmentDailyFix and let us know.