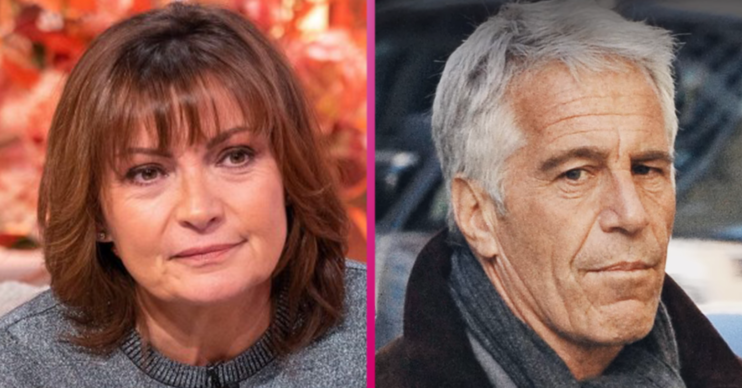 A preview of the new Jeffrey Epstein Netflix documentary was aired on Good Morning Britain today (May 27).

The four-part series features interviews with a sisterhood of survivors including Virgina Roberts – who previously made claims against Prince Andrew.

GMB aired a short clip of Virginia speaking out in the new film and the footage left Lorraine Kelly horrified.

Speaking out in the documentary, Virginia revealed the moment she realised she had to escape Epstein and his co-conspirator, Ghislaine Maxwell.

“I went for a snorkelling day on his island and Ghislaine was like, ‘I want to talk to you about something kind of serious’ and I thought, ‘Oh God, what are they going to ask me to do now?” she said.

“And she goes, ‘Well Jeffrey and I want to have a baby and we want you to have the baby for us, but it’s not really going to be your kid because we need you to sign over that child’s rights to us.’

“It was gut-wrenching. It was then I knew I had to get out.”

Presenter Lorraine was stunned after watching the preview clip.

She said: “Crikey! Just when you think it couldn’t get more baffling, sordid and bizarre, it does.”

What to expect from Jeffrey Epstein Netflix documentary

Lorraine’s showbiz correspondent Ross King then revealed what else viewers can expect from the Jeffrey Epstein documentary.

He said: “It does look into a lot of things.

“As we’ve mentioned, Epstein died in his prison cell and there’s been so much speculation about that you know – was it suicide or was he murdered due to his high profile connections?

“[This documentary] gives Epstein’s victims a platform to tell their stories but it ends on a surprisingly lovely and emotional note so that’s something you’re not expecting from it at all.”

Ross added: “It’s definitely worth watching. If you don’t know much about the man then this is going to reveal a heck of a lot.”

The Netflix film will also investigate claims made against Prince Andrew.

A new witness alleges they saw Andrew kissing Virginia and grabbing her bottom.

This comes after Virginia previously claimed she was forced to have sex with Andrew three times when she was just 17 years old.

However, the prince denied the allegations during an interview with BBC Newsnight’s Emily Maitlis.

Andrew said: “It didn’t happen. I can absolutely categorically tell you it never happened.”

“I have no recollection of ever meeting this lady, none whatsoever.”

Jeffrey Epstein: Filthy Rich is available to watch on Netflix now in the UK.