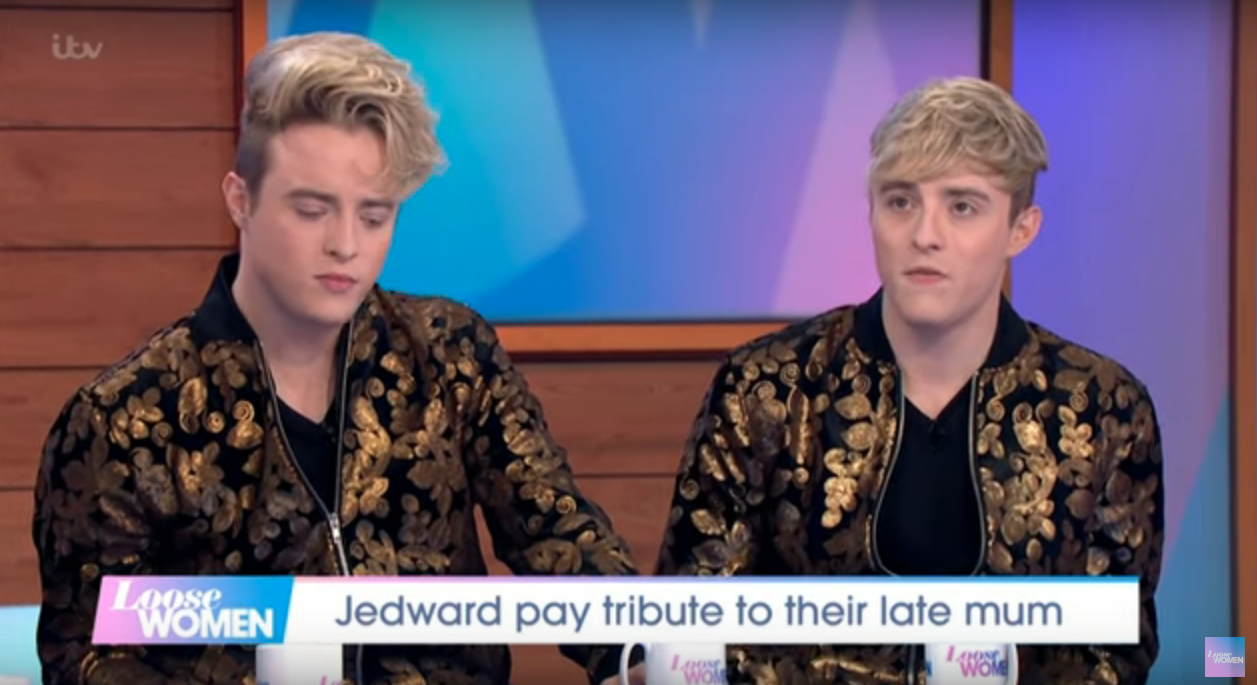 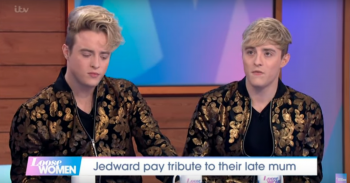 Susanna passed away from leukaemia in February

Jedward have praised their late mother as an “inspiration” and say she battled her illness right up until the moment she passed away.

The identical twins – who found fame on The X Factor in 2009 – have been grief-stricken following the death of mum Susanna due to leukaemia in February.

But John and Edward expressed on Loose Women this afternoon how glad they were that she “never lost herself” during her terrible illness.

Edward said on the ITV panel show: “She was such an inspiration to me and up to the point of her passing – she was still fighting.”

John added: “She never lost who she was. It would have been hard to go on and see her lose herself, but she never lost herself as a person.”

The 27-year-old singers explained that although they’re finding it difficult to deal with their loss, having each other has helped them deal with their grief and not bottle up their feelings.

Edward reflected: “It’s been ongoing for the past five years, and I feel now mum has passed, it just feels so weird because it’s all we’ve ever known. You think you want to call her and there’s no one there to call.

John said: “That has been really, really good for me and Edward because we’re so open with each other, and we weren’t bottling it in.”

“We haven’t talked to anyone about it. It’s kind of very closed doors,” Edward continued.

“It’s not just us mourning, it’s our fans and everyone is feeling for us. It’s hard because we never publicly talked about the struggles, or our mum’s illness. She didn’t want to show weakness.”

“Mum was such an inspiration to me as well, and even when I think about her just up to the point of passing, she was still fighting.”

‘It’s been really really good for me and Edward because we’re so open with each other.’ @planetjedward explain the importance of communicating with one another since losing their mother.

If you have been affected by grief, please find helplines here > https://t.co/aJQqjROmle pic.twitter.com/QdYYwk4SG8

Jedward – who also have an older brother named Kevin – have returned to touring and will release a new album later this year, believed to be in honour of their mother.

It has also been speculated they may feature in reported plans to overhaul The X Factor.