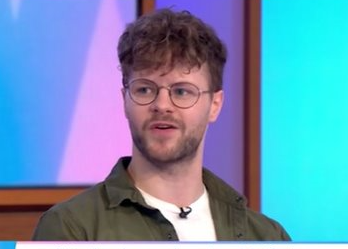 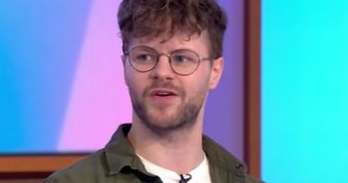 The singer almost spills the beans…

Former Strictly Come Dancing winner Jay McGuiness has revealed that there were behind the scenes scandals from his series that were never discovered.

The Wanted singer, who won the series in 2015 with partner Aliona Vilani, said that while many scandals made the papers, there were quite a few that still remained under wraps.

Talking on Loose Women he said: “My year was just like every other year, there were two big romantic scandals and half of it is in the paper and half isn’t.

“And then there’s a bunch of stuff that goes on and you think, ‘Wow I am really surprised no one knows about this’.”

The 28-year-old refused to reveal the identities of those engaged in scandalous behaviour.

However, Jay did cheekily add: “So much goes on, it’s just a bunch of made people in close proximity who don’t normally hang out like athletes and pop stars and newsreaders.”

Jay’s series of Strictly saw Coronation Street actress Georgia May Foote and her professional partner Giovanni Pernice grow close, with both viewers and judges pointing out there chemistry on the dance floor.

At the time Georgia was dating her Corrie co-star Sean Ward. The pair split in December shortly after the show finished and just weeks later Georgia and Giovanni confirmed they were dating.

There were also rumours of a romance between Jay and his partner Aliona, although they both denied the claims.

Jay also revealed that if you wanted to find out all the gossip on the series you should head to the make-up department.

He laughed: “They love a gossip, ‘Oh I think he likes you’, they stir it a lot but they have the best job on Strictly.”

Jay’s revelations come after Stacey Dooley confirmed she is dating her former dance partner, Kevin Clifton, after splitting from Sam Tucknott, her boyfriend of five years.

However, he doesn’t think the Strictly curse is to blame. “I don’t think it’s anything to do with Strictly, it’s an element of being up close and personal with people,” he said.

“Then I don’t know, after the second show and people get on the champagne!”

What’s been your favourite Strictly romance? Leave us a comment on our Facebook page @EntertainmentDailyFix and let us know what you think!