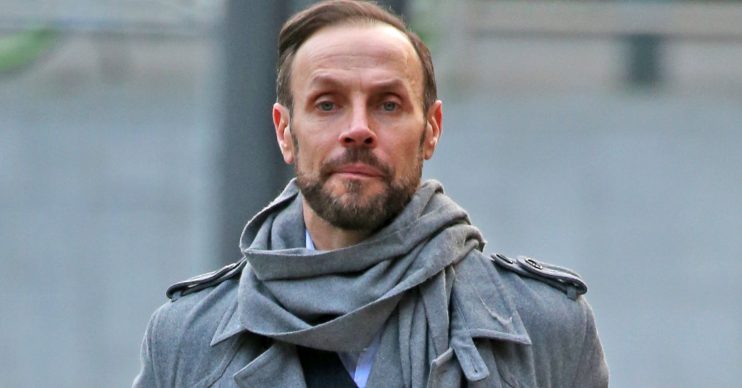 Ex Dancing On Ice judge Jason Gardiner has been accused of making a dig at Holly Willoughby’s chest size during a stand-up performance.

According to reports, acid-tongued Jason quipped about the 38-year-old DOI star’s assets during his one-man show, In The Closet, earlier this week.

The Sun claims Jason, 48, sang to the audience in London: “Hosted by Phillip and Holly Willobooby whose massive [bleeps] aren’t hard to see.”

Read more: Dancing On Ice’s H describes homophobic abuse as a ‘dagger to the heart’

“It’s like Strictly, but on ice. It tried to be Come Dancing.”

Jason is then said to have sung that he now watches Call The Midwife on a Sunday night and is “free”.

Last summer, choreographer Jason revealed in an Instagram video that he had decided to quit Dancing On Ice after 13 years on the show.

He told fans: “After all these years I feel it’s time for me to say goodbye to my judging role and return to things I have been putting on hold and have been on the back burner for a while.

“To all of my DOI fans I really thank you for your support and encouragement over the years, I know we’ve gone through some controversies and I’m glad you got my unique judging style and honesty.”

It came after Jason – famed for his catty comments to DOI contestants – was accused of bullying Gemma Collins, which he denied.

Bosses later replaced him on the judging panel with John Barrowman, who made his debut on the ITV show earlier this month.

Last week, it was reported that Holly and her 57-year-old co-host, Phillip Schofield, had apologised to Jason after he accused them of snubbing him since he walked away from the show.