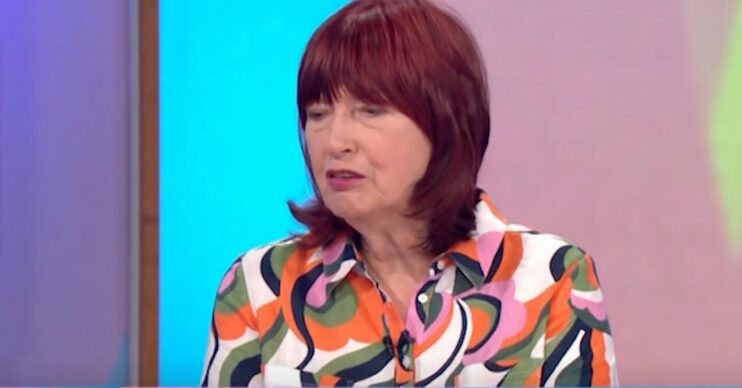 Janet's sister passed away in 2006

Loose Women star Janet Street-Porter made a sad confession about the death of her sister on the show today (May 11).

The 75-year-old panellist admitted that she was filled with “rage” at her sister when she died back in 2006.

Janet Street-Porter on death of her sister

Today’s edition of Loose Women saw Janet open up about a tragedy that struck her family some 16 years ago.

Back in 2006, Janet’s sister, Patricia Balsom, passed away after a battle with lung and brain cancer.

Janet’s opening up came during a discussion about whether you can ever get over a sibling’s death.

The topic was sparked following Will Young‘s documentary which aired on Channel 4 last night (Tuesday, May 10).

Will’s documentary saw the singer open up about losing his twin brother to alcoholism.

Janet told the Loose Women that the documentary last night had been “difficult to watch”, due to her own experiences with grief.

It was during the discussion about her sister’s death that Janet made her confession.

“Even when I was told my sister had lung cancer, my relationship with her suddenly became very close,” Janet said.

“And I felt so angry, so angry not enough was being done to save her.”

The Loose Women star then continued, saying that she felt anger towards her sister too.

“And then I felt angry for her because she was still smoking,” she said.

“I think I felt rage, I felt sadness, I felt incompetent, there was nothing I could do,” she continued.

Janet then went on to say that her sister had thought, “well if I am going to die, I may as well die smoking”.

“It was one of her few pleasures,” she added.