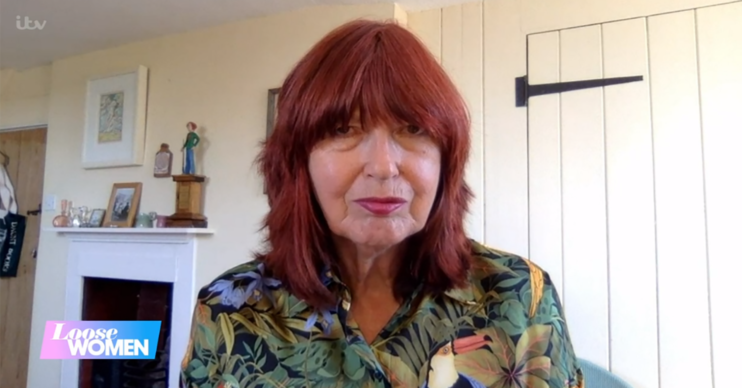 She will have surgery this week to have the growth removed

TV’s Janet Street Porter has revealed she has skin cancer and will undergo surgery to have it removed.

Earlier this month, Janet, 73, said on Loose Women that she was “concerned” as she waited for treatment after finding “a growth” on her nose.

On Tuesday’s show, Janet said she has basal cell carcinoma on her nose and will have surgery this week after it was delayed due to the coronavirus pandemic.

She said: “I showed this tiny spot on my nose to a dermatologist and he immediately referred me to a consultant and they said I’ve got a basel cell carcinoma, which is a form of skin cancer.

“If untreated it could grow. It has to be removed otherwise it’s going to get bigger and bigger. Also, I could be left with a very big scar.

She continued: “I’ve spent the whole of lockdown getting more and more anxious about it.

“Although it doesn’t look any bigger on top of my skin, this kind of cancer grows under the skin.

“You can’t see it and that’s what they’ve got to cut out. So on Wednesday, my surgeon said I can have the operation at eight o’clock in the morning.”

It has to be removed otherwise it’s going to get bigger.

Earlier this month, Janet admitted she was “concerned” about the growth but insisted “it’s not life-threatening”.

Janet said on Loose Women: “When it was diagnosed, this little growth on my nose, I was told you can have it done within three months privately.

We're sending all our love to Janet ahead of her surgery.

“But on the NHS I could be waiting up to seven months.

“Because I didn’t want to take any extra time off work because there will be scarring, I opted to have it done privately.”

She added: “But even privately operations have not resumed yet, so I’ve still got it.

“What really concerns me is people with life-threatening cancer diagnoses. I do think it’s an appalling situation that everything was put on hold for coronavirus.”

Janet went on to say we “must get our attention back on cancer” after reading that funds are being diverted from cancer into preparing for a second wave of coronavirus.

She insisted: “We must get our attention back on cancer because ultimately cancer could kill far more people than this virus unless we help people get the treatment they desperately need.”

Can you relate to any of Janet’s comments? Leave us a comment on our Facebook page @EntertainmentDailyFix and let us know.