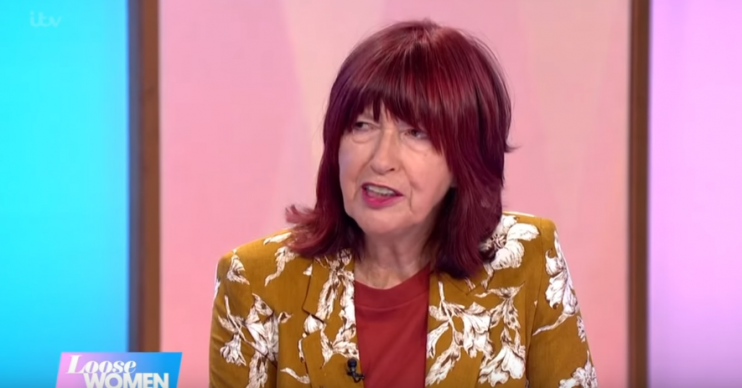 It happened when she was a teenager

Janet Street Porter has revealed she once had an illegal abortion when she was a teenager.

On today’s Loose Women, the star and her fellow panellists were discussing the new abortion law in the US state of Georgia, in which it will be illegal for any woman to get an abortion after six weeks of pregnancy.

Janet, 72, admitted she found it “very chilling” that women in the 21st century are “still not in charge of their own bodies”.

“I just did not know what to do. Back then abortions were illegal. They were very had to get.

“I remember going up to the West End and asking around in clubs for pills that might end my pregnancy and taking a whole cocktail of dodgy drugs and nothing happened except I was really sick.”

Janet said she couldn’t confide in her parents because she had a “terrible” relationship with them.

She continued: “I led quite a busy social media but I wasn’t sexually promiscuous. I just had one boyfriend for quite a time.

“But when this happened I just didn’t know what to do and I kept thinking how stupid of me because I had messed my exams up.

“Anyway eventually, somebody helped me out and told me about a backstreet abortionist in north London and they wanted £25 in cash.

“I remember the walk from the station. I walked along the road and went to the house and the flat upstairs.

“I don’t want to go into detail on daytime TV. It was obvious I wasn’t old. This woman told me to get on a kitchen table and it happened.”

‘The person who has to decide what’s right for a woman, is the woman.’

Our Janet shares her opinion on the new controversial abortion law in Georgia. pic.twitter.com/Dm9MUvWcKq

The star said she had deliberately chosen a day when her parents were away for the weekend and only told one friend.

She added: “What could she do? She came round and talked to me. But I spent the next 24 hours sitting on the toilet.

“Afterwards I felt, ‘how stupid was I?’ because you blame yourself. But contraception wasn’t easy to get then.

“Then of course two years later it happened again but I had a proper abortion in the clinic and it was carried out by doctors.

“Ever since that day I have campaigned and sought for women to be in charge of their own bodies and have access to terminations.”

Coleen Nolan agreed with Janet’s comments, saying: “I’m with Janet, I think it’s a woman’s right to decide and although people say, ‘what about the life of the child’, you would take that into consideration.

“If you can’t, in any way, provide a good life for that child then you have no right really.”