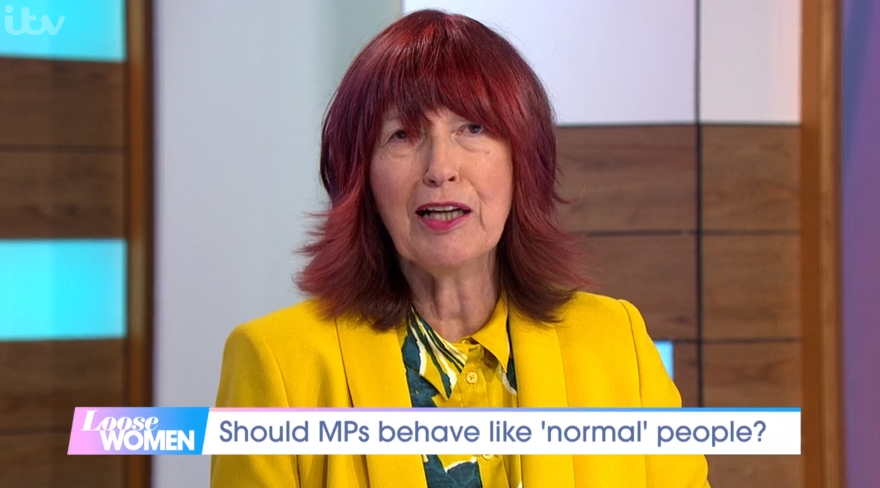 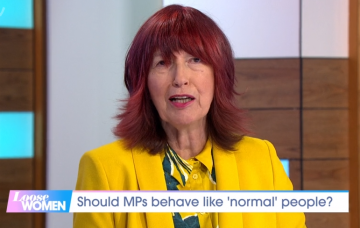 Saira Khan confronted her on the mistake

On Tuesday’s show, the 72-year-old and her fellow panellists were discussing the Independent Group MP’s trip to Nandos this week.

The former Conservative and Labour MPs headed to the popular chain following their first meeting after breaking away from their former parties last week and posted a group snap to Twitter.

However, Saira voiced her opinions on politicians.

She said: “I have lost so much respect for politicians after watching how Brexit has gone down the pan.

“I look at this bunch of people and I think the public voted one way and I want everyone to get on and deliver it in a less painful way.

“I do not think they are the future of this country. I think politics in this country is at an absolute crisis and I think we are seeing the demise of a select group of people making decisions on our behalf.”

Janet didn’t agree with Saira’s comments but accidentally called her “Nadia” as she tried to get her attention.

Realising her mistake, Janet said: “Saira. Sorry about that. Usually I row with Nadia,” referring to fellow panellist Nadia Sawalha.

Later in the show, Janet opened up about her hip replacement surgery and revealed how she managed the pain without taking painkillers.

She said: “When I had my knee replacement operation, I was in agony. I couldn’t sleep at all and I was at my wits end.

“I was referred to a pain specialist and initially I took hydrocodeine but I felt unhappy, it made me feel queasy and didn’t agree with me. Then I was on amitriptyline, which is a pill that, if you take it in enough dose, it is mood altering.

“I refused to take tramadol. This went on for about two months, it was me being unable to cope with pain but also I realised all these drugs was bad news.

“I managed to stop taking painkillers and had an absolute realisation I had to control my own pain. I worked out with a trainer and did specific exercises to reshape the muscles around my knee.

She added: “I’m saying to anyone watching, if you know anyone who has been taking a drug like [those] for more than a few weeks, consider what it’s doing to their mentality, the long term effects because I think the NHS is just buying time, they haven’t got time to go through each individual person and listen to their aches and pains.

“We as a population have to take charge of ourselves. I know pain is difficult but we have to find another way round it that is not these medications.”