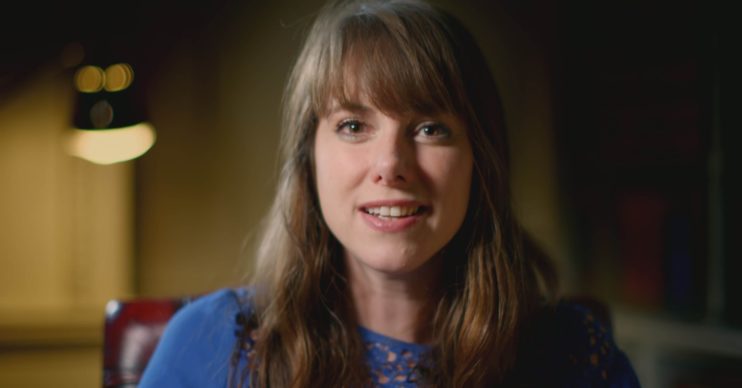 Countdown To Murder covers the case

Janet Scott was murdered by her partner Simon Mellors in January 2018, in a sickening crime that left Mrs Scott’s six children without a mum.

The crime was all the more shocking due to the fact that killer Mellors had committed the same crime years before.

So why was he released from jail to be able to kill again?

Who killed Janet Scott? What happened to her?

Former NHS worker Janet Scott was dating Simon Mellors for nine months before he killed her.

As the fledging relationship became more permanent, Janet had no idea that Simon was a convicted murderer released from prison

They met on a night out and hit it off, but his behaviour became more and more controlling.

Eventually, Janet decided to end the relationship which had become toxic.

A month later, Simon murdered her.

Janet was killed instantly when former partner Simon drove his car at her.

Simon stabbed Janet at her home, then aimed his car at her when she escaped and tried to get help from a traffic officer in Nottingham.

It happened on Peel Street, in Nottingham city centre, on the morning of January 29 2018.

Janet Scott ended her relationship with Simon Mellors at the start of January 2018.

She waited until after Christmas and New Year as she felt sorry for him.

Mrs Scott got back together with her husband, Chris Scott, after her relationship with Simon Mellors ended.

Controlling Simon decided he’d rather kill Janet than see her happy with someone else.

When Sgt Holmes interviewed Simon Mellors, he noted there were “similarities” between the circumstances in which he killed Janet Scott and his previous partner, Pearl Black.

“You attacked the victim with an iron bar around the head and body and made a ligature with cable ties and strangled her to death.

“Obviously, Simon, there are similarities between the offence committed in May 1999 and the one you are under arrest for.”

He asked Simon Mellors if he wanted to say anything but he remained silent, not even saying “no comment”.

Data from his phone showed he had repeatedly Googled Janet’s name and also searched for “men who have murdered two women in the UK”.

The night before he killed her, he sent a text saying: “I have nothing to live for if you go.”

Read more: James Bulger killers: where are they now and did they ever admit their guilt?

Why was Simon Mellors released to kill again?

Simon Mellors killed his former partner, Pearl Black, a month after she broke up with him.

He beat and strangled Pearl to death in 1999 while her two young children slept next door.

A judge sentenced him to life in prison, but he was released on licence in early 2014.

He served a minimum 12-year term for murder.

The Ministry of Justice apologised for the “unacceptable failings” that saw him kill again.

A review said the probation service failed to act on Mrs Scott’s fears about Mellors before her death.

The ministry said more workers had been taken on since the killing, but unions said staff remained stretched.

When someone serving a life sentence is released on licence, they can be recalled to prison at any time if they are considered to be a risk to the public.

George Black, the brother of Mellors’ first victim Pearl, said he believed the Ministry of Justice’s actions did not go far enough.

“That man was evil and he escaped justice,” he said. “I don’t believe the justice system takes crimes against women seriously.”

Where is Simon Mellors now?

Simon Mellors was locked up in Strangeways prison after killing Janet Scott.

However, he killed himself while in custody.

He did not stand trial for the murder of Janet.

Prosecutor Gregor Purcell said: “Simon Mellors took his own life whilst on remand at Strangeways in Manchester.

“He was remanded in this court for murder, attempted murder and inflicting grievous bodily harm.”

Countdown to Murder on Channel 5

Documentary examining the murder of Janet Scott, who was killed by her partner Simon Mellors.

Simon had been hiding a dark and violent secret…

He had spent the last 14 years in prison for the murder of his ex-partner.

In the months leading up to Janet’s death, Simon showered her with gifts and attention.

But their relationship drastically changed when Simon became increasingly controlling of who she saw, her home and her life.