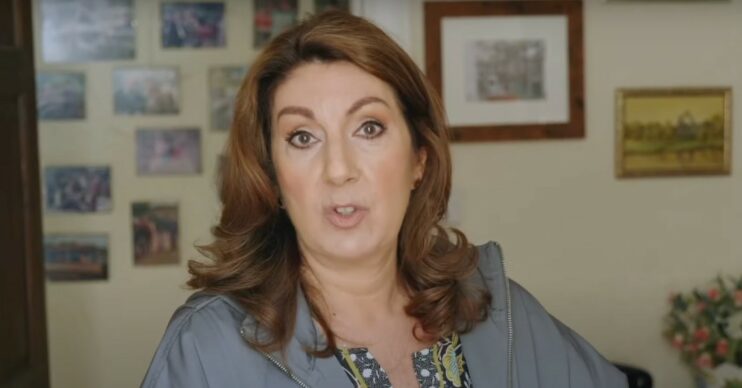 Jane McDonald on tragic family loss: ‘I’d do anything for one more day’

The singer opened up during a trip to Scarborough

Jane McDonald revealed that she’d do “anything for one more day” with her late parents during her series, My Yorkshire.

Jane was in a reflective mood when she visited Scarborough beach during her travels around the North of England earlier this year.

During Jane’s last series, My Yorkshire, viewers saw another side of the singer.

During the run, Jane toured the North of England, visiting locations such as Holmfirth and the original location of Emmerdale Farm.

She also took a personal trip back to her past too, with a visit to Scarborough beach.

Reminiscing, Jane spoke about how she, her sister Jane, and their brother Tony, would spend their time on the beach.

She also thought back to happy memories she spent with her mother and father, Jean and Peter, prior to their deaths.

It was during this heartwarming moment that Jane confessed that she’d love to spend “one more day” with her parents.

At the beginning of the episode, Jane told viewers about what they could expect from her trip to Scarborough.

As Simon and Garfunkle’s song, Scarborough Fair, played in the background, Jane said: “It always takes me back to good old- fashioned day trips to the seaside, with my mum, dad, Tony, and our Janet.

“Ah, happy days, I would do anything with just one more day with them,” she confessed.

“I am taking you to Scarborough because it has great memories of being there with my parents,” she continued.

“We would always have cockles and prawns from a little stall on the front, and I still love prawns to this day.

“There are plenty of arcades in Scarborough, and it is a really traditional English seaside resort, there was only one song to sing on the way. Yep Scarborough Fair,” she said.

Jane talks about her childhood

The singer continued, saying that she and her family would have a sing-song in her dad’s van as they drove to Scarborough.

“It was always a sing-along in dad’s van as we made the two-hour trip to the coast, when you are young, that is forever,” she said.

“But music from Simon and Garfunkle helped twirl away the time, so I am hoping that it hasn’t changed that much,” she added.

During her time in Scarborough, Jane rode on all her favourite childhood rides and ate fish and chips.

Jane’s mother passed away back in 2018. The singer posted a tweet at the time, writing: “I know this time of year is difficult for so many people due to losing loved ones, this year I join you.

“I have very recently lost my beautiful Mum. A light in my heart has gone out for a short while. My family and I would appreciate your privacy regarding this huge loss,” she said.