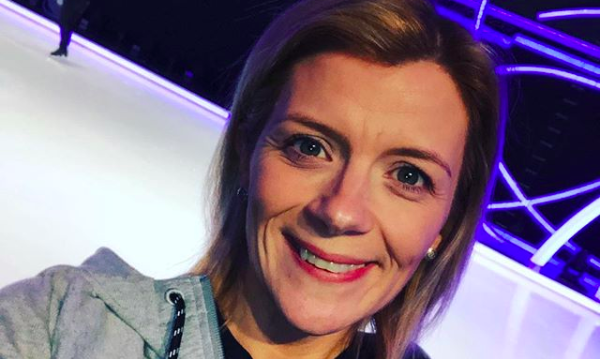 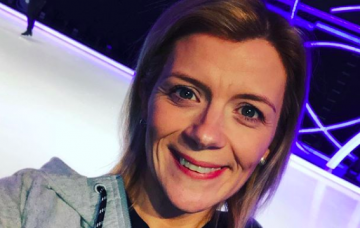 Pictures of the incident are very worrying

This has to be the most dramatic series of Dancing On Ice ever, with feuds, falls and a series of serious injuries.

And Jane Danson is the latest star to worry producers, after fainting during rehearsals.

An ITV spokesperson has confirmed to ED! that the Coronation street actress has been “assessed by show medics and is now resting,” following an incident during rehearsals.

We’re told Jane, 40: “fainted earlier today on the ice during a rehearsal for this evening’s live show.”

For now, it sounds like Jane is still due to perform, with the spokesperson insisting: “This evening all of the celebrities take to the ice to perform in Fairytale week.”

The unconscious TV star was seen being examined by medics, before being strapped to an orange spinal board and carried away.

Jane has admitted to being “tired” after weeks of rehearsal, writing on Instagram recently: “Back to the ice this morning, a little bruised and a bit tired but today is a new day. @dancingonice 😃.”

She’s also dealt with stressful moments on the show, after clashing with DOI judge, Jason Gardiner.

But Jason was apparently unimpressed, giving them a score of 4.5 out of 10, and asking: “Do you want to go out Jane Danson?

“Because that lacked a lot of dance content for me and the dance that you did do was very basic, which is why I understand why you put all that production in, to mask the fact that there wasn’t a hell of a lot going on.”

Jane hit back, saying: “Well you know what, I always tell my kids to do the best you can do.

“I did the best I could tonight and I take your comment totally on board, I did my best and it wasn’t good enough, but hey.”

The TOWIE star later revealed she was seeing a “top physio” for treatment of her injuries, but Gemma, 37, also admitted to falling again during rehearsals on Saturday.

She said: “I’m in absolute agony, I’ve been crying like I don’t know what.”

Another contestant, Melody Thornton is also being “constantly monitored” ahead of the shows, after a serious fall in rehearsals on Thursday.

AND X Factor star Saara Aalto revealed this week that a painful ankle injury almost forced her to quit the show.

Do you think Jane will make it to the show? Leave us a comment on our Facebook page @EntertainmentDailyFix and let us know what you think.