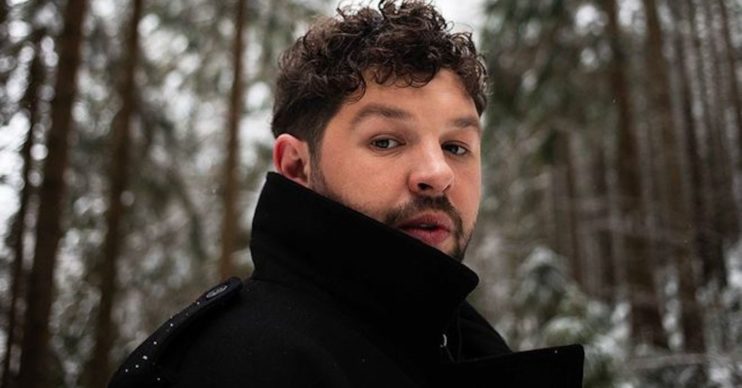 The rising star is already a Brit Award winner

James Newman was chosen to represent the UK at Eurovision 2020.

The nation had high hopes for the rising star who already has an impressive musical career.

But the Eurovision Song Contest has unfortunately been cancelled.

With James tipped to automatically fly the flag for Britain at Eurovision 2021, here’s everything you need to know…

Who is James Newman?

If you recognise James Newman, there’s a good reason why.

The rising star also scooped the Brit Award for British Single of the Year in 2014 for co-writing Rudimental and Ella Eyre’s hit Waiting All Night.

James is also the big brother of John Newman, the singer who topped the UK charts with his single Love Me Again in 2013.

He scored his second UK number one a year later after teaming up with Calvin Harris and John Newman (his little brother).

The songwriter helped pen the song Blame which became a huge hit in several countries, from Norway to Mexico.

In 2017, he worked with Kesha on her album Rainbow – which resulted in a Grammy nomination.

He received his second nod at the Grammys a year later after collaborating with Toni Braxton on her album Sex & Cigarettes.

Is James primarily a songwriter?

In addition to penning incredible song, James is a talented vocalist and is eager to launch his solo career.

He was all featured on DJ Matoma’s song Lights Go Down.

Earlier this year, the BBC announced that James would represent the UK at Eurovision 2020.

The rising star, who is signed to record label BMG, hoped this would pave the way forward for his solo career.

I love cold water swimming all because of my hero @iceman_hof who starred in the video for My Last Breath. In the BBC documentary I chatted about my how important I think it can be for mental health and how I am trying to persuade my mates to join me! Watch the full documentary on @bbciplayer and @youtube

James wrote his own song My Last Breath to perform at Eurovision 2020 with Adam Argyle, Ed Drewett and Iain James.

The foursome were inspired to write the track after watching a documentary about a North Sea Diver.

In the film, the diver is stranded after being cut off from his crew and needs to be rescued.

He had high hopes for the competition –  particularly after collaborating with fellow songwriter Iain.

Sadly though, this year’s competition has been cancelled due to the coronavirus outbreak.

It’s the first time Eurovision has been axed since it first launched back in 1956.

After news broke, James tweeted his disappointed at not being able to perform in Amsterdam.

He wrote: “I’m of course absolutely gutted to not be going to Rotterdam this year for Eurovision but I completely stand by [European Broadcasting Union] EBU’s decision.

“It’s more important for everyone to remain safe during these unprecedented times – artists, delegations and fans alike.

“Thank you to everyone for all of your support so far and for all your kind messages.”

Will James perform at Eurovision 2021?

The BBC has not yet confirmed if James will automatically represent the UK next year.

However, he’s certainly hoping for the opportunity.

During an interview with The Sun, he explained that he is still in it to win it.

James said: “I started something and I really want to finish it. I was on such a journey. If I got the opportunity to go next year I would love to.”

If he does qualify for Eurovision 2021, he plans to pen new and even better song.

He explained: “I feel I’ve learnt so much now that I’ll be able to connect with people even more than I would have done on this song.

“Next time writing the song, I would have in the back of my head what I would do for the stage show as well, because it is so important.”

What at the lyrics to My Last Breath?

Some people let love slip away

But I’m gonna hold on

When no one believes

And I know that we’re in trouble

But I swear that we’ll survive

We all need a lifeline

Someone to call when we’re alone

It’s all good in the good times

But I’ll still be there when it all goes wrong, yes I will

And I know that we’re in trouble

But I swear that we’ll survive