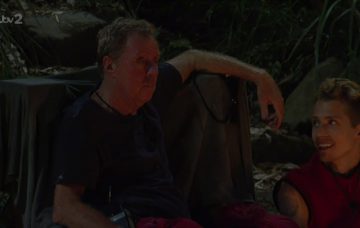 They shared a close bond in the jungle

James McVey and Harry Redknapp have reunited following their stint in the I’m A Celebrity jungle.

The Vamps singer James shared a snap to Instagram recently showing him and his girlfriend Kirstie Brittain alongside Harry and his wife Sandra.

The photo sees former football manager Harry, 71, with his arm around Kirstie while James smiles alongside Sandra.

Squad goals with these Pen Tings 🥂

James captioned the post: “Squad goals with these Pen Tings.”

Fans couldn’t’ get enough of the pic with one person gushing: “What a double date!”

Another said: “My two favourite couples in one picture, love it,” while a third added: “Omg this is the cutest thing.”

James and Harry shared a close friendship in the jungle.

Earlier this month, it was reported that 24-year-old James had kindly been offering some of his food to Harry to help keep his strength up.

Other campmates admitted that Harry had been struggling to eat in camp because of the unusual ingredients they are given to cook, such as emu and camel.

As a vegetarian, James had even less options in the jungle and viewers voiced their concern that he was losing a lot of weight.

Kirstie also opened up on the matter, telling The Sun: “James is being generous with his food, giving it to Harry because Harry is struggling so much with all the meats.

“James is veggie so he’s giving Harry half his veg, which is why he’s gotten so skinny.”

Meanwhile, after leaving the jungle, James said that Harry – who won the series – is helping him to choose an engagement ring for Kirstie.

“It’s very easy for us all to think it doesn’t exist. But it really does. They met when they were 17, courted for four years, then got married.

“They’re definitely the example that’s made me realise Kirstie and I are very happy with what we’ve got and we want to, kind of, do it really. He’s given me the inspiration to take the next step.”

He said Harry has recommended a jeweller for the engagement ring, and added: “I grew up in Dorset, where he lives, so we have so many mutual friends and places and he’s picked me a place to go.”

What did you think about Harry and James’ bond in the jungle? Leave us a comment on our Facebook page @EntertainmentDailyFix and let us know!