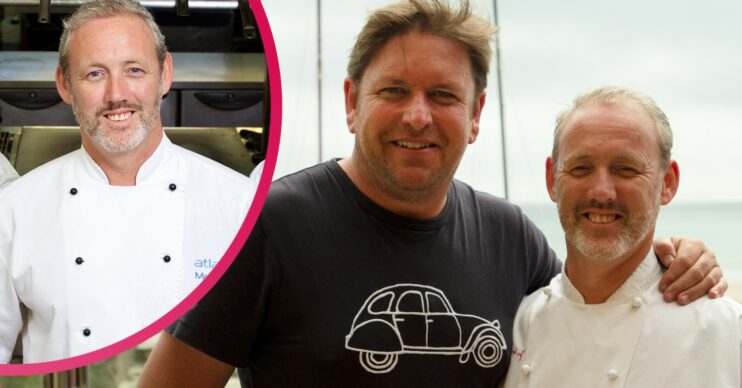 James Martin’s Islands to Highlands on ITV1: Who is Mark Jordan and what’s he famous for?

James Martin continues to make us salivate with beautiful food and gorgeous scenery in his ITV series James Martin’s Islands to Highlands – and this week he’s joined by Mark Jordan.

So who is Mark and what is he famous for?

Who is Mark Jordan, who appears on James Martin’s Islands to Highlands?

Mark Jordan was born in Wales and raised in the Midlands.

His career has taken him through some of the most respected kitchens in England, including La Rascasse, Jean-Christophe Novelli’s The Mill at Gordleton and the Pink Geranium – where he worked for seven years.

The Telegraph has praised Mark for his “honest, fad-free style”.

The AA Guide says: “There’s a mix of classic and visionary dishes here, all headlined with their main ingredient.”

What is Mark Jordan famous for?

Mark Jordan is a Michelin-starred chef.

He made his name as head chef of one of the best Michelin-starred restaurants in Jersey, Mark Jordan at the Beach.

Mark originally rose to prominence as head chef of Ocean at the Atlantic, one of only two Michelin-starred restaurants in Jersey.

In 2017, he left to open Cow and Lobster, and continues to run Mark Jordan at The Beach.

How do Mark Jordan and James Martin know each other?

As well as their shared passion for food, they are both motorbike enthusiasts.

Mark describes himself as a “biker” and “petrol head”.

James has regularly invited Mark to appear on his Saturday morning TV shows.

Mark also appears in two episodes of James Martin’s Islands to Highlands, when the pair explore Jersey and later Guernsey.

Once again, James and his wingman Mark Jordan hop aboard their motorbikes together to discover the wonderful islands and the food on offer.

The pair ride around Jersey on mini motorbikes while exploring the island’s culinary delights.

James samples one of Jersey’s most famous exports – the Jersey Royal potato – which he uses to cook up a squid risotto with a difference.

Next, James is treated to lunch at Mark Jordan’s beach restaurant.

He then heads to the beach to cook barbecued sea bream with Jersey Royals, deep fried oysters and a classic sauce vierge (virgin sauce).

James Martin’s Islands to Highlands continues on Monday July 12 2021 at 8pm on ITV1.