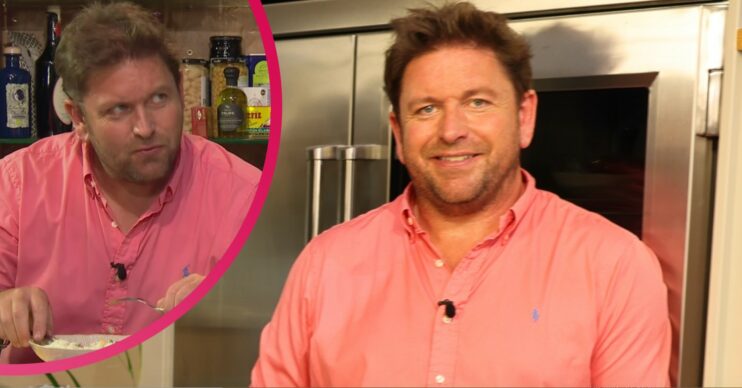 Did you spot it?!

James Martin fans are delighted to see the much-loved chef back on Saturday Morning – even though he was accused of making a blunder on his first show back!

Some viewers admitted to being taken aback at an ‘error’ James made earlier today (September 4).

That’s because the proud Yorkshireman ‘mispronounced’ the name of a town in his home county!

What word did James Martin ‘blunder’ on Saturday Morning?

James, 49, was discussing the how make perfect fish and chips at home when his ‘error’ occurred.

Apparently James had indicated the oldest fish and chip shop was based in Yeadon, West Yorkshire.

However, it seems he may have been slightly off the mark for two different reasons.

That’s because, according to some viewers on social media, the shop James referred to has now shut down.

Furthermore, James was also picked up on his pronunciation of ‘Yeadon’ by several others.

How did fans react to the ‘blunder’?

Some viewers politely corrected James on how Yeadon should be said – but others were almost offended.

“Please pronounce Yeadon correctly, we thought you were a Yorkshire man,” one Twitter user grumbled.

Another wrote: “Hi James, Yeadon is pronounced ‘yee-don’ not ‘yed-on’.”

Normal service has resumed on a Saturday

A third complained: “The oldest fish and chip shop is Yeadon, not ‘Yedon’. As a Yorkshire man I am disappointed with your pronunciation of this village.”

And a fourth surprised observer added: “Great show as always but did James really just pronounce Yeadon near Leeds as Yeddon?”

Who appeared on the show?

James was also joined by Strictly star and TV presenter Ore Oduba on the first episode of the series, as well as cook Romy Gill.

But according to his devoted fans, James was the main attraction.

And they were delighted to see him on TV again after repeats aired over the summer.

“Normal service has resumed on a Saturday,” one person replied to a tweet from the show’s account.

And a third gushed: “Welcome back to the best show and best host on TV!”

– James Martin’s Saturday Morning airs on ITV, Saturdays, from 9.30am.