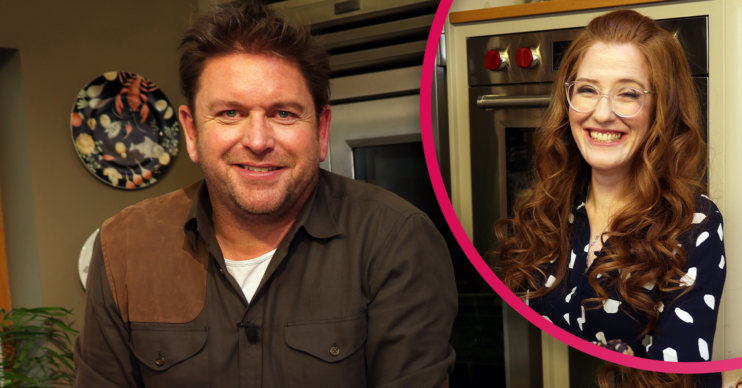 This Morning baker Jane Dunn was on the show

James Martin’s Saturday Morning fans all had the same complaint after the ITV show today (February 19).

The TV chef was joined by This Morning baker Jane Dunn.

And, as she cooked her delicious shortbread bites, viewers couldn’t help but make the same complaint.

She made a delicious-looking sweet treat – but the segment didn’t really leave fans of James Martin’s Saturday Morning drooling.

In fact, it left many repulsed.

Read more: James Martin on the ‘mistake’ that cemented his stardom

One fan of the show took to Twitter to bemoan the fact Jane wasn’t wearing her gorgeous long red hair up.

They said: “@jamesmartinchef the woman with long ginger hair on your show right now should have her hair tied back. Otherwise there’s going to be ginger hairs in the shortbread!”

A second said: “@jamesmartinchef the chef on at the minute has lovely hair, but please tie it back when cooking or baking!”

“Talking about learning about hygiene in the kitchen while swinging her loose hair around,” commented another.

“I worked in the production of food, hair nets were compulsory, if not it’s out the door. WHY NOT IN TV programmes or at least have long hair tied back,” said another.

“Today’s cook had her long hair hang over the front of her shoulders. Not good,” they added.

Another branded it “absolutely disgusting”.

“First rule before cooking in the kitchen – get that bloody hair tied back. Absolutely disgusting!” they slammed.

A buttery rich shortbread topped with homemade salted caramel, nuts and a chocolate drizzle too from @janespatisserie! The number of nuts that you can pile on top give it more texture, and so many levels of flavour! You can pretty much use any nuts 👉 https://t.co/7DkBbtq3AA pic.twitter.com/0UXJqTagEX

Did everyone feel the same?

His official Twitter account posted a picture of the shortbread bites after Jane had appeared on the show.

It said: “A buttery rich shortbread topped with homemade salted caramel, nuts and a chocolate drizzle too from @janespatisserie!

“The number of nuts that you can pile on top give it more texture, and so many levels of flavour! You can pretty much use any nuts.”

Jane fans took to the comments section of that post, with some saying she needed her own TV show.

“Loved watching this!” declared one.

“You need your own TV show.”