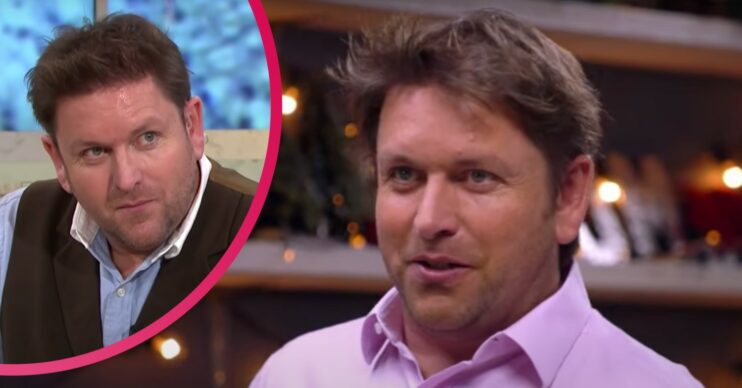 James Martin on the greatest ‘mistake’ that helped his career: ‘Everything went mad!’

Despite his doubts, it opened doors for him

James Martin has enjoyed a near-three decade career on the box. He made ​his first TV appearances in the 1990s.

The 49-year-old chef has hosted numerous series on the BBC and ITV and has a long-term role on This Morning, too.

However, the James Martin’s Saturday Morning presenter has previously admitted one telly job he was more certainly not happy about turned out to be one of the most important for his career.

James explained he had been determined never to appear on any such kind of show. But when he did eventually take part, it turned out to be a blessing, rather than the “mistake” it imagined it would be.

Which show has James Martin indicated was crucial for his TV career?

Speaking to The Guardian in 2011, James revealed his “greatest mistake” was not listening to advice from those around him.

He recalled how an offer for any form of reality TV would be met with a flat no.

However, according to James, his PA signed him up for Strictly Come Dancing in 2006 without consulting him – which caused him to “go mental”.

Nonetheless, despite his doubts and concerns he’d soon be booted off, James thrived with pro partner Camilla Dallerup.

The pairing even made it as far as the semi-finals.

Furthermore, self-confessed butter fan James shed three-and-a-half stone in four weeks… although he did treat himself to a regular treat of KFC following training sessions.

But James also emphasised how his success on the show helped “get him noticed”.

And shortly after finishing up on the live tour, he was offered a role on the Beeb’s Saturday Kitchen, which he presented for 10 years.

That mistake had a positive outcome.

James said back in 2011: “Before then I had done a few bits and pieces. I did Ready Steady Cook and had watched other people get their own TV programmes.

Read more: Is celebrity chef James Martin in a relationship? Who is his girlfriend?

“For nine years I had been knocking on doors and my CV was on a few desks at the BBC. But after Strictly, everything went mad. So that mistake had a positive outcome.”

James Martin’s Saturday Morning airs on ITV on Saturday February 19 at 9.30am.