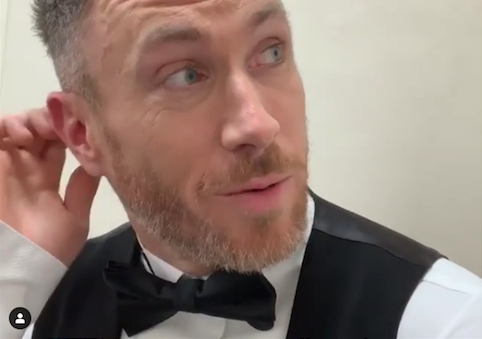 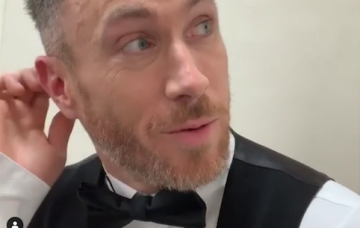 Dance star admits he's in "so much pain"

Dancing On Ice star James Jordan has sparked fears that he might not be quite fit enough to perform following a visit to the physio.

The ballroom dancer has shared a few videos to Instagram Stories over the past 24 hours explaining he’s in a “bad way”.

He filmed himself walking into his physiotherapist’s office saying: “I’m in so much pain this week.”

The star claimed he would have to have his entire body wrapped in muscle treatment to try and ease the pain ahead of tomorrow night’s show.

“Apparently these things from Pure Essential, they’re going to wrap my whole body in them because I’m in such a bad way,” he said.

“I have no idea what they do, but apparently – the physio, Sharon, says they work wonders.”

James is partnered with pro skater Alexandra Schauman for the ITV series and the pair have had a strong start on the show.

They kicked off the competition earlier this month with the highest score – and it hasn’t been matched on the show as yet.

He’s no stranger to working through injuries though, either. As a professional dancer he’s dealt with more than his fair share.

Speaking to Express.co.uk James noted his career had taken its toll on his body over the years.

“I’ve got old injuries from dancing like my rotator cuff, and I have arthritis in both my hips,” he said.

“So I can’t lift my leg very high and I can’t open my feet up on the ice. There’s a lot of things I’m limited to because of my hips.”

But he isn’t the only Dancing On Ice star to be beset by injuries – Gemma Collins has also been feeling the pain.

She has complained about suffering with a torn rotator cuff and a knee injury.

Do you think James will be ready to perform? Leave us a comment on our Facebook page @EntertainmentDailyFix and let us know what you think.