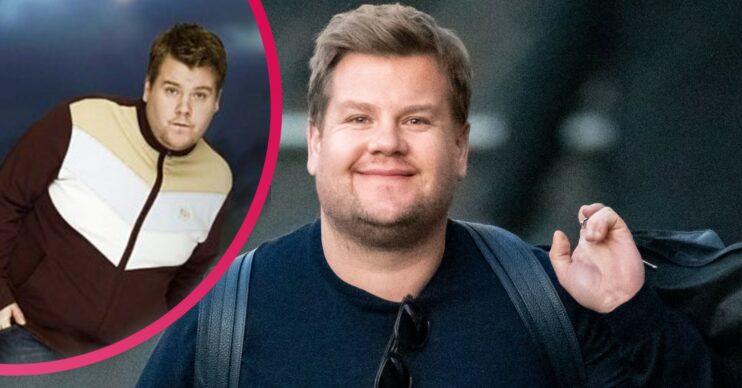 Funny or not funny? What do you think?

If you’re a James Corden fan, look away now, as the Gavin and Stacey star is being torn to shreds on Twitter, and not for the first time – is his net worth to blame or is he just not funny?

The London-born performer, 42, is probably one of the UK’s most successful exports – but why do so many people still hate him?

Could it be the claims that fame went to his head?

Or is it a simple case of we Brits wanting to tear down the celebs who become too famous and abandon us for the US?

Be honest, are we a teensy bit jealous of him and his immense success in the States (the Holy Grail)?

Why IS James Corden so hated?

This week, the actor, comedian and singer began trending on Twitter for ALL the wrong reasons.

The dad-of-three prompted strong reactions from lovers and haters alike when he filmed a mock musical video with Ariana Grande and Marissa J Winokur celebrating the end of lockdown in a parody of Hairspray’s Good Morning Baltimore.

And people were quick to tell James exactly what they thought…

One raged: “Just when you thought you couldn’t dislike James Corden any more.”

Another said: “I don’t think James Corden could make my skin crawl any more!?! I was going to tag his video in this tweet but I couldn’t bear to look at him.”

“This is akin to a [bleep] war crime,” tweeted another. “James Corden needs to be stopped.”

These are just a few in a sea of voices condemning the comedian.

So why does it get under so many people’s skin?

🎶 No lockdowns anymore! 🎶@ArianaGrande, @MarissaJWinokur and @JKCorden celebrate the end of lockdown in a joyous parody of #Hairspray‘s “Good Morning Baltimore” pic.twitter.com/p0dLxQvsEu

James Corden slammed for The Prom

We’re sure every celeb has their fair share of friends and foes.

But James isn’t shy of courting controversy – intentionally or otherwise.

He got a lot of flack for taking on a gay role in the Netflix movie The Prom.

Film fans accused him of playing the role to stereotype.

The role scored him a Golden Globe nomination for Best Actor in a Comedy or Musical, but also a barrage of criticism.

Others HATE his constant need to sing over everyone in Carpool Karaoke.

This week, James came under fire for a “culturally offensive” segment on The Late Late Show mocking Asian foods.

He has long played the “Spill Your Guts” game with guests, in which they can choose to either answer an uncomfortable question or eat a “gross” food.

Now a petition has been started to stop the segment after a TikToker called out the show and its host for mocking foods considered delicacies in Asian culture.

There’s often a fine line between funny and offensive – ask any comedian – but did James take it too far?

We have to admit, James can come across just a tad smug.

Rumours persist that he has behaved like a brat… Remember THAT awkward clash with Patrick Stewart on stage (see below)?

Or when James moaned about Gavin and Stacey not being nominated for the 2008 best comedy BAFTA award?

And then there’s that rumoured fall out with Gavin and Stacey star Mat Horne, reports of him screaming at waiting staff in restaurants, and even ignoring his own wife and children on a flight – all unsubstantiated we must add!

James admits he has behaved like a brat in the past.

Speaking to the New Yorker, the Smithy actor said about his early brush with fame: “I started to behave like a brat that I just don’t think I am.

“It’s so intoxicating, that first flush of fame. And I think it’s even more intoxicating if you’re not bred for it.”

His parents Margaret and Malcolm “prayed for him”, and told him “don’t be a [bleep]”.

Even Gavin and Stacey co-star Rob Brydon apparently had to have a word with him about his behaviour.

Realising his bratty ways were getting out of control, James began to see a therapist, who he told: “I used to be a better person than this.”

James Corden ADORED by his fans!

While he has his haters, when people like James Corden, they REALLY like him – think of the millions who tune in to watch him on The Late Late Show.

Just this week, James got to meet the entire cast of Friends while filming Carpool Karaoke, delighting his supporters.

Another said: “Dear James Corden, I am a big fan of yours! What I most love is that you seem to put all your heart in what you do.

“Also I love your connection to music which is authentic and passionate and palpable. Thank you so much.”

James Corden CV and net worth

And let’s cut to the chase, James has a CV is to die for.

Not only did he co-create one of the most successful British comedies of all time with Gavin and Stacey, he’s also made a name – or a voice – for himself in Peter Rabbit, Trolls, Smallfoot and The Emoji Movie.

Let’s not mention Cats, though… Best if nobody ever mentions Cats again!

James Corden has an estimated net worth of £35million, lives in sunny LA with his wife and children in a £7.5million mansion.

Hmmm, is that why some people hate him?

Perhaps some people just don’t find him that funny. Humour is a very personal thing, so take it or leave it.

Michael McIntyre has his fair share of haters, too, as does Ricky Gervais – but they’re still laughing all the way to the bank!

The very fact that James Corden trends frequently on Twitter means he’s got the power to affect you – one way or another.

And that’s true fame. (And, for the record, we like Marmite!)

Gavin and Stacey series one to three is currently available to watch on BBC iPlayer.