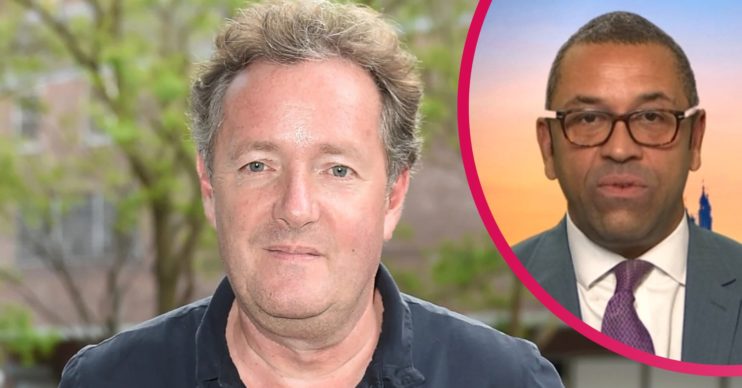 The Conservative MP clashed with Piers

The Conservative MP butted heads with Piers this morning (December 7) over football fans recently booing players for taking the knee.

What did viewers say about James Cleverly’s interview on Good Morning Britain?

On Twitter, a number of viewers took aim at Piers after he criticised James for not getting behind the Black Lives Matter movement.

Some accused Piers of ‘white-splaining’ the movement to the MP, who is black.

One viewer said: “Piers Morgan telling a black politician how he should feel about BLM – shameful, disrespectful and embarrassing #GMB @GMB.”

Another wrote: “Piers Morgan telling a black guy how he should feel about BLM #GMB.”

A third said: “Wow big fail by @piersmorgan telling a black man how he should feel on BLM, big big own goal #gmb.”

What happened with Piers Morgan and James Cleverly on GMB?

Piers questioned James on fellow Conservative George Eustice’s response to fans of football club Millwall booing players who took a knee in support of BLM during a match.

He said he did not support the fans’ booing. And while there was nothing wrong with taking the knee, in his view, there are other ways to show solidarity.

Piers told him: “I’m honestly staggered that you as a black man in our government would say that.”

But James responded: “You want to tell me how to react to something as a black man? You’re going there, are you?”

Piers went on to claim that James had suggested there was a problem with people taking the knee.

But the MP reiterated that he didn’t think there was anything wrong with it – just that, in his opinion, there are other ways to show support for black people’s rights.