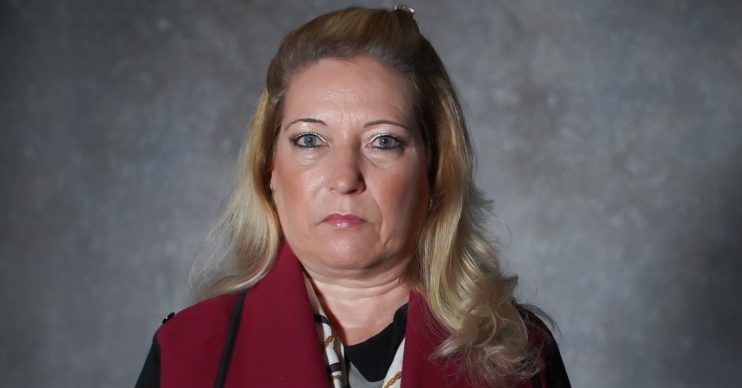 James Bulger’s mum Denise Fergus: Why were cruel lies spread about her?

Lost Boy: The Killing of James Bulger is a new two-part documentary re-examining the abduction and murder of two-year-old James, told by the people at the heart of the case – significantly James Bulger’s mum Denise Fergus.

James disappeared on February 12 1993 in one of the most horrifying crimes in recent history.

His mum remembers the moment she first realised he was gone, and how she has coped with the aftermath – including terrible lies told about her and the breakdown of her marriage.

Robert Thompson and Jon Venables, both 10, murdered him in cold blood.

Grainy CCTV footage shows them walking James away from the Strand shopping centre in Liverpool.

The nation was horrified that two children had killed another innocent child.

James was just two when he was tortured and killed in one of the most disturbing and horrific crimes in history.

James Bulger’s mum Denise: What does she say in doc?

The two-part documentary, which concludes tomorrow, begins at the moment James slipped from his mum Denise’s grasp.

She says now: “I left the buggy [at home] for the first time.

“It was the biggest mistake of my life.”

She also relives the moment again and again in her mind, adding: “I shouldn’t have let go of his hand.

She also wonders if things could have been different on the day, saying: “If I’d have turned left, I would have got James back.”

She revealed in May 2020 that she was to become a grandmother for the first time.

The little girl’s middle name is a nod to Michael’s older sister Kirsty, Denise’s first child, who was stillborn in 1989.

Denise was married to Ralph Bulger at the time of two-year-old James’ murder.

She admits she wouldn’t be alive today had she not fallen pregnant with Michael in the desperate weeks after James’ death.

Her son became her sole reason for living.

She was pregnant with Michael when Robert Thompson and Jon Venables were on trial.

Michael, also known as Mickey, was less than a year old when his parents’ marriage broke down.

Denise split from husband Ralph Bulger after Michael was born in December 1993 – 10 months after James’ disappearance.

The couple put on a united front in public in the wake of their son’s murder, but the grief became too much to bear.

Ralph later admitted in his book ‘My James’ that he privately blamed Denise – acknowledging that he was “very wrong” to do so.

Denise and Ralph divorced in 1995.

Where is Ralph Bulger now?

Ralph Bulger has since found love with Natalie and has a six-year-old daughter known only as ‘Princess’.

On the 25th anniversary of James’ death in 2018, he said: “My beautiful daughter makes my life worth living.

“I don’t want her to live in the shadow of her brother’s dark and brutal killing.

“Instead I want her to learn the happy things about his life, and how he was a much-loved and beautiful little boy.”

Ralph is currently 53 and lives a simple but happy life with Natalie and their daughter in Kirkby, Liverpool, where he works as a builder.

Who is James Bulger’s mum Denise married to now?

The couple married in 1998 and went on to have two sons together called Thomas and Leon.

Both sons, as well as Denise and Ralph’s son Michael, appear in the Channel 5 documentary.

Denise Fergus: What lies were told about her after James’ death?

After James’ tragic death, cruel members of the public claimed Denise left her son James because she was shoplifting.

Like the McCanns, some pointed the finger of blame at mum Denise rather than the actual killers.

Others accused her of “cashing in” on her son’s murder rather than raising awareness, and being “hard-faced”.

Denise denies the malicious rumours that she was shoplifting on the day James was taken.

She was in the butcher’s shop AR Tyms when she was momentarily distracted to pay and let go of her son’s hand.

Truanting Jon Venables and Robert Thompson abducted James as he wandered by the open door.

Critics have also accused Denise of being “mentally ill” and “vindictive” for refusing to forgive James’ killers.

Lost Boy: The Killing of James Bulger on Channel 5

This two-part documentary, which concludes tomorrow, tells James’ story from the people who knew him.

His mum Denise Bulger, and brothers Michael, Tom and Leon, all discuss his disappearance as they remember it and how they came to terms with his death.

Other contributors include police officers involved in the case, and reporters who covered it.

Viewers will hear a definitive story of the case, examining in forensic detail what happened on that tragic day.

We’ll also hear how the young killers were caught and the devastating legacy of the murder on James’ family and the community.

Lost Boy: The Killing of James Bulger starts on Wednesday March 10 at 9pm on Channel 5 and concludes the next day.