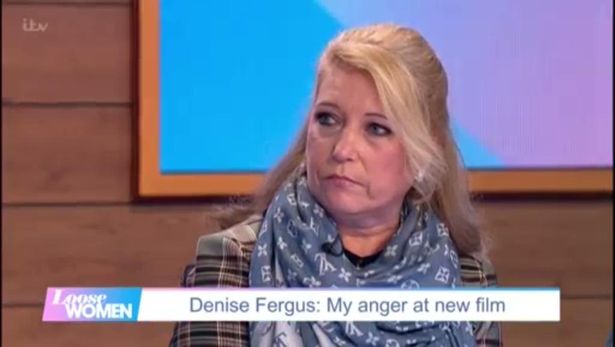 Detainment has been described as "sympathetic" to the tot's killers

James Bulger’s appalled mum Denise Fergus has called for a boycott of controversial new film Detainment, about her son’s killers.

The 30-minute film, which has been shortlisted for an Oscar, apparently seeks to humanise Robert Thompson and Jon Venables.

It uses police interviews with and records of the young killers.

The pair were both 10 years old when they snatched James, two, from a shopping precinct in Merseyside in February 1983, before torturing and killing him.

Denise and James’ father Ralph were not contacted by the film-maker Vincent Lambe to warn them of its release.

Appearing on Loose Women this lunchtime, Denise said: “The first I heard about the film was just before Christmas. They should have got in contact and let us know.

“I’m asking people to boycott it, I don’t think it should have been made in the first place, especially without James’s family knowing.

“I don’t want to keep reliving the past. I haven’t watched it, and I won’t. It takes you right back to that day and that’s not something I want to do.

“There’s a child playing James in it and I don’t think I’d be able to see it and see another child running around pretending to be him.

“I wouldn’t meet with the director to hear his apology. He’s trying to big himself on someone else’s grief.”

James’ dad Ralph has also expressed his disgust over the film, and the director’s failure to contact them.

He stated it would be “horrific” if the film won an award.

The devastated dad told the Mirror: “Not once has the maker of this film contacted me or any of James’s family about this film.

“It has been 26 years since my son was taken and murdered and so I have seen many documentaries and news stories about him.

“But I have never been so cut up and offended by something that shows so little compassion to James and his family.

“I accept this is a murder of such magnitude it will always be written about and featured in the news but to make a film so sympathetic to James’s killers is devastating.”

He added: “He may consider it to be in the public domain but he is making films and a career from the murder of my son.

“The very least he could have done was to contact us and let us know what he was planning.

“It will be horrific if this film wins an Oscar or any awards, given the disregard shown to James’s family.”

Director Vincent Lambe admitted on Good Morning Britain last week he did not contact Ralph or Denise before the film’s release.

He said: “I think they wouldn’t want a film like this to be made.

“A lot of people might say they feel it’s wrong to humanise them, but if people can’t accept the fact they were human beings, they would never be able to begin to understand what could have driven them to prevent such a crime.”