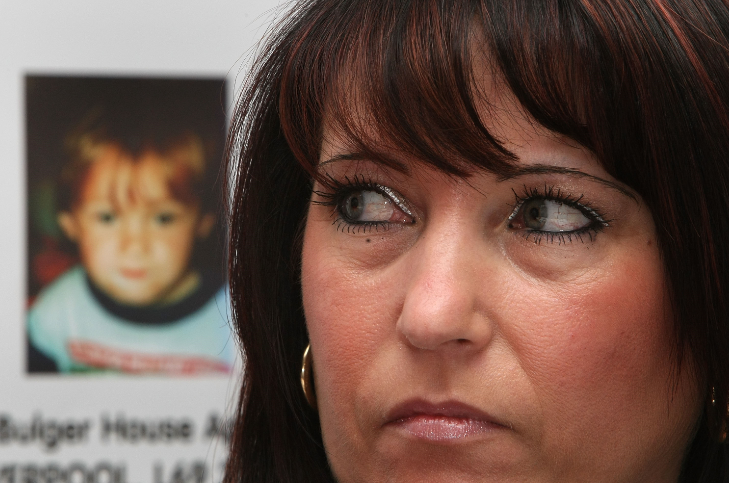 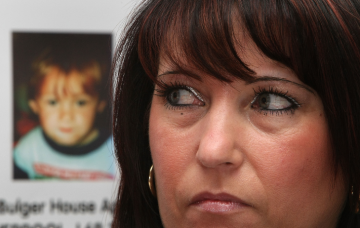 Denise Fergus, the mother of two-year-old James Bulger, murdered by two 10-year-old boys in 1993, has responded to a new documentary about the case.

James Bulger: New Revelations aired on Channel 5 last night and shared with the public for the first time comments from and about the perpetrators of the horrific killing, Robert Thompson and Jon Venables, around the time of the trial, their incarceration and parole pleas.

Denise shared her thoughts on Twitter, after the programme aired, writing: “I’ve had to watch the disgusting documentary to know what I’m Having to deal with.

“I can honestly say I am upset, fuming with the one-sided sympathy with the evil killers of my beautiful son who was only 2 years old when they abducted and murdered him.”

I’ve had to watch the disgusting @channel5_tv @caravan__media documentary, to know what I’m having to deal with, I can honestly say I’m upset, fuming with the 1 sided sympathy with the evil killers of my beautiful son who was only 2 yrs old when they abducted & murdered him. pic.twitter.com/U83woQ6j0r

The documentary, which featured interviews with the killers’ trial solicitors and mental health professional who assessed them, elicited strong feelings of rage in many viewers, too.

#JamesBulgerNewRevelations I’m sure I’m not the only person feeling angry at this program basically making excuses for what they did! The parents should have been punished also. But the program was to try and make us feel sorry for them! Never gonna happen rip james

If this programme was an attempt to justify the murder of little James YOUR WRONG aged 10 they took #JamesBulger with the premeditated intention of brutally killing him. There can be no excuse feeling ANGRY😡 @channel5_tv #channel5#JamesBulgerNewRevelations #justiceforjames

Had to turn this off halfway through, it’s too enraging.

Just a bunch of ‘experts’ trying so, so hard to normalise what these little bastards did.

Many felt that the documentary was trying to provoke some sympathy for the boys, as it looked at their difficult backgrounds, and their apparent remorse for the deplorable crime they’d committed.

James was taken from his mother’s side in 1993 and then tortured and murdered before being left on the railway tracks in Liverpool.

Both Thompson and Venables were convicted and then released after serving eight years, at the age of 18. They were given new identities and Thompson, now 36, has since obtained work and not committed another crime.

He then went back to prison again last year for possessing more child abuse images. James’s parents Ralph Bulger and Denise Fergus are currently campaigning against his release.

The documentary claimed Venables was haunted by recurring dreams of the toddler, and that he could feel James growing inside him like a baby.

Some viewers did concede that they had conflicted feelings… but they were very much in the minority.

This show got me all conflicted. If they weren’t 10 years old when they committed he murder would I have a different view. #JamesBulgerNewRevelations

No one is making excuses for their horrendous crime, just offering an insight as to why..
Which is what I’m sure many of us have wondered all these years #JamesBulgerNewRevelations

Did you watch the documentary? Leave us a comment on our Facebook page @EntertainmentDailyFix and let us know your thoughts.