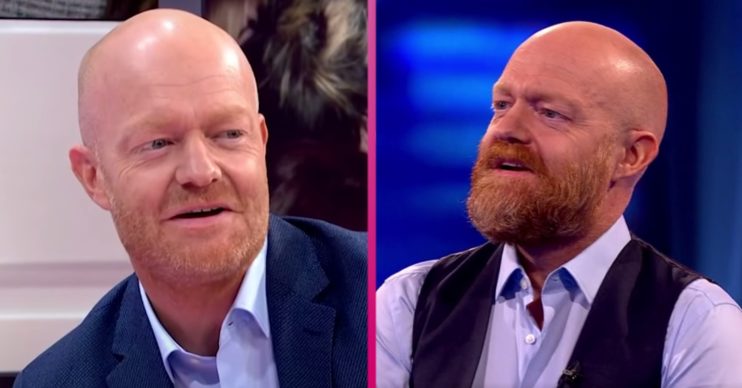 He made a TV return yesterday (May 29) after moving on from his EastEnders role earlier this year.

But while many viewers loved Jake‘s new, hairier look, others were utterly shocked at the dramatic transformation in his appearance.

Soap star Jake was taking part in a special celebrity instalment of the ITV quiz hosted by Bradley Walsh.

Read more: How to apply to be on the new series of Beat the Chasers on ITV

Jake, like the other celebrities, was playing to win cash for charity. His chosen good cause was Alzheimer’s Research UK.

However, while Jake played a strong game and tried to win a £70,000 jackpot, his bid fell apart when he was beaten by one question towards the end of his game.

Fan can’t get enough of Jake Wood and his beard

Despite his game’s disappointing climax, many of those watching at home were more preoccupied with his facial fuzz.

You can tell he’s loving being away from EastEnders.

Another captivated observer added: “Look at the beard on Jake Wood!”

And a third exclaimed: “Max Branning with a beard! You can tell he’s loving being away from EastEnders.”

Not all fans were impressed

However, not everyone was happy with the dramatic change in Jake’s grooming habits.

And it seems his fluffier look may have even turned some of his most ardent admirers off him a little bit!

“Right my weird Max Branning crush has really been thrown out the window with that beard on Jake Wood on Beat The Chasers,” someone laughed.

Another tweeted in disappointment: “Oh I don’t like Jake Wood with a beard at all #BeatTheChasers.”

And yet another person pondered: “Max from EastEnders… what is with that beard? Bloody hell #beatthechasers.”

Despite Jake’s beard causing quite a stir on social media last night, his followers have known about his furry face for some time.

But it seems the growth is not here to stay. In fact, by the time Jake’s beard gained mainstream recognition it had already gone.

The 48-year-old actor revealed to Instagram followers earlier this week that he has a trimmed chin once again.

“Beard is no more,” he captioned a pic of him looking very hair-free.

Beat The Chasers is available to watch on ITV Hub.