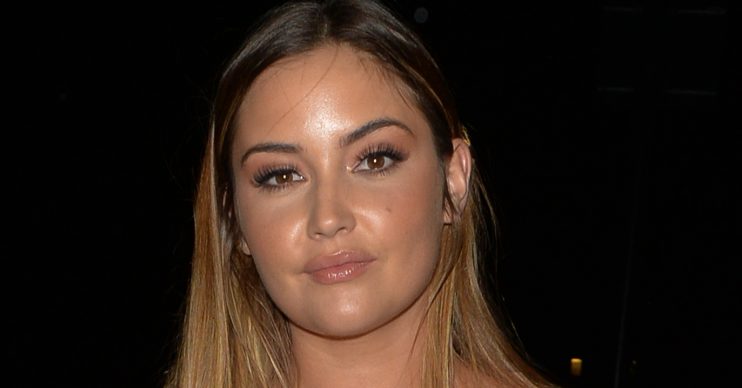 She'll be the third soap star to take on the role

Queen of the I’m A Celebrity jungle Jacqueline Jossa is reportedly being lined up for a huge new prime-time role.

Jacqueline – who appeared as Lauren Branning in EastEnders – is said to be in talks to take over the lead in Our Girl.

Michelle Keegan recently announced that she was stepping down from the role, which saw her spend months overseas and away from husband Mark Wright filming.

It’ll be a huge career move for Jacqueline, who is married to Dan Osborne and mum to daughters Ella, almost five, and 18-month-old Mia.

Read more: Stacey Solomon twins with Mrs Hinch as she hits back at trolls who called her a copycat

If she does take over the lead female role, Jacqueline will be the third soap star to appear in Our Girl.

EastEnders star – and friend of Jacqueline – Lacey Turner appeared in the first series of the BBC drama.

A source told The Sun: “Jacque­line is keen to replace Michelle on Our Girl and has been encouraged to go for it by her former colleague and pal Lacey.”

They added: “And bosses at the Beeb want a mainstream signing and feel the queen of the jungle fits the bill perfectly.”

They added that, although the series “hasn’t been greenlit”, the young actress is in a “good position to bag it” if if goes ahead.

Read more: Chase contestant hailed a “machine” as he demolishes Chaser The Vixen

A source close to the jungle winner revealed that there’s been a lot of interest in Jacqueline since her stint Down Under.

Bosses at the Beeb want a mainstream signing and feel the queen of the jungle fits the bill perfectly.

They said: “A lot of projects, both screen and stage, have been keen to discuss Jacqueline.”

Michelle’s fourth and final outing as British Army medic Georgie Lane has already been filmed and will air later this year.

Announcing her decision to step down recently, former Coronation Street star Michelle said she wanted to thank the BBC for “such an amazing opportunity”.

She added: “Playing Georgie has been a life-changing role for me. I’ve loved every second of the adventure so it was a very hard decision to make not to return.”

Last week, Jacqueline shared her excitement at a reunion with her jungle “best pal” Caitlyn Jenner, after she flew into the UK for a series of shows.