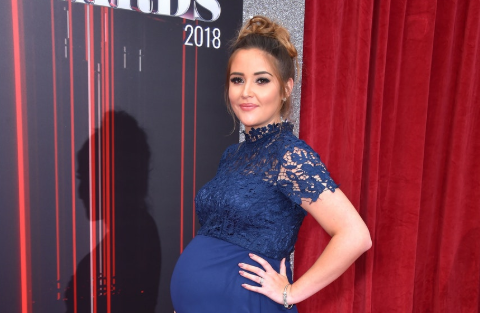 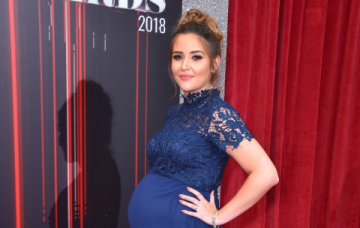 Jacqueline Jossa has defended herself over accusations she made “disrespectful” comments about self-harming at last night’s British Soap Awards.

The former EastEnders actress was filmed in the audience speaking to her co-star Lacey Turner when Hollyoaks won the best storyline award for Lily’s self-harm ordeal.

A clip of the moment went viral on social media with viewers hitting out at the star for the comments.

One wrote: “‘I think they all self harm on that show’ – are you serious @jacquelineMjos? Disgusting thing to say #SoapAwards.”

Another added: “#soapawards honestly got no respect for jacqueline jossa now. Seems like a back handed, sore loser comment.

“I respect that people have opinions but for the sake of being respectful just keep it quiet.

“The look on her face just proves it wasn’t a joke. Cancelled.”

But now Jacqueline has insisted her comments were taken out of context.

Taking to Instagram live, she wrote: “Just to clear things up, Lacey asked me what the storyline was, as we couldn’t hear.

“I answered with, I’m not actually sure, ‘I think they all self-harmed on that show’.

“I didn’t watch the show, I only went from the clip I saw previous, which involved three girls on a bed.

“I haven’t watched the show recently so don’t actually know, but always love it and wasn’t discrediting.

“I was literally answering what the storyline was.

“I know that self-harm isn’t a joke, obviously, and love any soap that tackles hard stories.

“It’s been taken out of context! Jake Wood’s story involved self-harm too.

“I wasn’t hating, I was answering a question. Sorry for offence!!”

What do you think of Jacqueline’s comments? Leave us a comment on our Facebook page @EntertainmentDailyFix and let us know what you think!