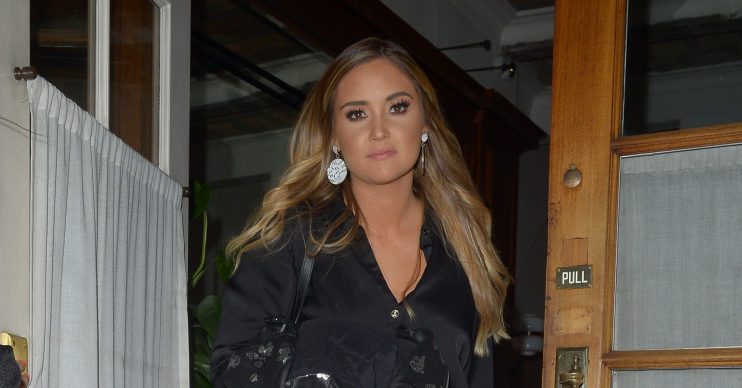 ITV are currently playing down any speculation about this year's series

Jacqueline Jossa is in talks to appear on I’m A Celebrity… Get Me Out of Here! this year.

The 26-year-old actress could be heading Down Under to Australia for the ITV jungle reality show and producers are keen to get her on board as they feel she’d draw in a “large audience” thanks to her role as Lauren Branning on BBC One soap EastEnders.

A source told The Sun newspaper’s Bizarre TV column: “Producers think she would be great and are keen to get her a deal.

“She’s well known as Lauren Branning from EastEnders and would draw in a large audience.”

However, ITV are playing down the speculation with a different source adding: “Names suggested for I’m A Celeb are speculation.”

Jacqueline previously revealed that she would definitely be up for appearing on the show one day, although she wouldn’t be a big fan of chowing down on creepy crawlies in the eating Bushtucker Trials.

Asked if there are any reality shows she would like to take part in, she told New! magazine: “Would you ever see me in TOWIE? Probably not.

“Maybe the jungle one day. Do I like spiders? No. Can I dance on Strictly? No. I’d want to do something fun, but I wouldn’t find eating spiders fun.

“I’m not opposed to reality TV, but I’m not all for it, either.”

Since departing EastEnders – on which she starred from 2010 to 2018 – Jacqueline has given birth to her second daughter, 11-month-old Mia Osborne, who she shares with husband Dan Osborne, and set up performing arts academy, The Jac Jossa Academy.

The couple also have four-year-old daughter Ella together.

Who would you like to see in the jungle this year? Leave us a comment on our Facebook page @EntertainmentDailyFix and let us know what you think!