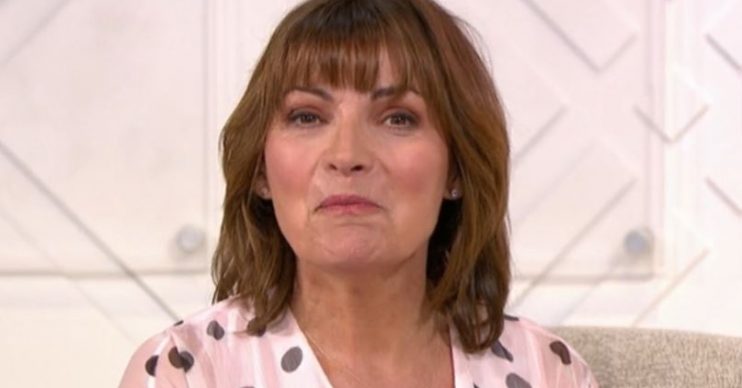 Telly fans have mocked ITV chat show Lorraine for an “awful” segment about pleats being back in fashion.

Toward’s the end of today’s programme (June 28), host Lorraine Kelly was joined on the sofas by style expert Mark Hayes.

Lorraine said: “Pleats are back, and it’s okay?”

“I was out shopping yesterday for this and the amount of women who said, ‘Oh hi! How you doing?’ and I said ‘I’m out shopping for pleats’.

“Their faces changed. Utter fear! The one thing that is not going anywhere is the pleated skirt. Massive fashion story.”

They moved away from the couches and before a succession of models came out to show off outfits featuring pleats, Mark said: “It’s not just about the pleated skirt, which I think people can be scared of. There’s loads of pleated detailing out there at the moment.”

Despite them showing off a range of pleat options, it appears fans of the show on Twitter were having none of it.

One said alongside a red-faced emoji: “Think I’ll give pleats a miss #lorraine.”

Another tweeted: “Think [I] will give the ‘pleats are back’ a miss #Lorraine.”

Someone else tweeted: “#Lorraine When I see an item about pleats being back, I want another thing to return too: The Black Death.”

Think will give the pleats are back a miss #Lorraine

#lorraine When I see an item about pleats being back , I want another thing to return too: The Black Death

Elsewhere on the show, Lorraine got to chat with former Steps singer Claire Richards about the release of her debut solo album, My Wildest Dreams, earlier this year.

They also talked about supporting UK hospices and Claire’s upcoming gig at the British Summer Time festival in Hyde Park, where she is due to support pop star Celine Dion.

She said: “I’m a conflicted because I really want to meet [Celine], but some people say ‘Never meet your idols’. But I’m not worried about that with her because I think she’s lovely.”

It follows an interview on the programme earlier this week with actress Emily Atack.

Lorraine was building up to talk about The Inbetweeners star’s new show Adulting when she said 29-year-old Emily is still a ‘baby’, which led to a number of viewers calling the presenter out on Twitter.