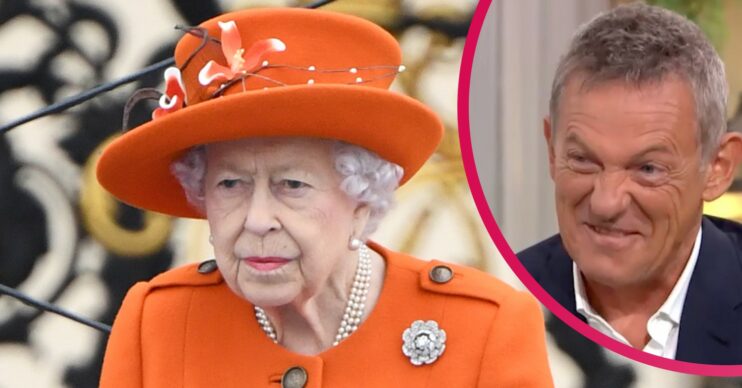 This Morning: ITV’s Matthew Wright told to ‘shut up’ and stop ‘criticising our Queen’ as debate turns fiery

ITV viewers told This Morning pundit Matthew Wright to “shut up” and stop “criticising our Queen” during a fiery debate today (April 12).

Viewers were furious with the 56-year-old star after he slammed the elderly monarch for having someone break her shoes in for her.

During today’s edition of This Morning, Vernon Kay and Josie Gibson welcomed Matthew and Camilla Tominey onto the show.

The quartet then discussed some of the day’s biggest stories.

During today’s show, it was revealed that the Queen’s aide, Angela Kelly, will republish her book – The Other Side Of The Coin: The Queen, The Dresser, and The Wardrobe.

The book, which is to be re-released in May, will feature a new section about how the royals coped in lockdown.

It will also discuss the family’s plans for the Queen’s Platinum Jubilee celebrations in June.

Matthew, however, was more interested in talking about the fact that the Queen’s dresser breaks in Her Majesty’s shoes for her so that they’re more comfortable.

Matthew then launched into a rant about the shoe revelation.

“I’m sorry, I’m not some kind of feudal serf doffing their hat, I’m a republican,” he said. “And the notion that the Queen has to have someone break in her shoes for her…”

“Oh my god, Matthew, honestly will you lighten up? You’re making us more depressed than we already have been,” Camilla snapped.

“She’s 96 next month,” Camilla argued. “With seven palaces!” Matthew retorted. “How many do you need?”

Camilla continued to tell Matthew to lighten up, arguing he’s got a long bank holiday to look forward to when the Jubilee celebrations come around.

Matthew made another jibe at the royal family shortly after, saying: “We [tax-payers] pay for some woman to walk a mile in her [the Queen] shoes, so her feet are more comfortable.

Matthew’s comments really didn’t go down well with royal fans, who took to Twitter in their droves to slam the 56-year-old.

“Shut up Matthew!!!” one angrily tweeted.

“Shut up Matthew. Stop criticising our Queen!” another said.

“Alright Matthew ,you don’t like the royals ,we get it,” another said.

However, some viewers agreed with Matthew.

“Bravo Matthew Wright on ITV #ThisMorning “We’ve got thousands of Ukrainian refugee’s looking for a home and the royals have 7 palaces unoccupied!” one viewer wrote.

“Matthew speaking sense in regards to the Queen,” another said.

Matthew Wright The Queen This Morning