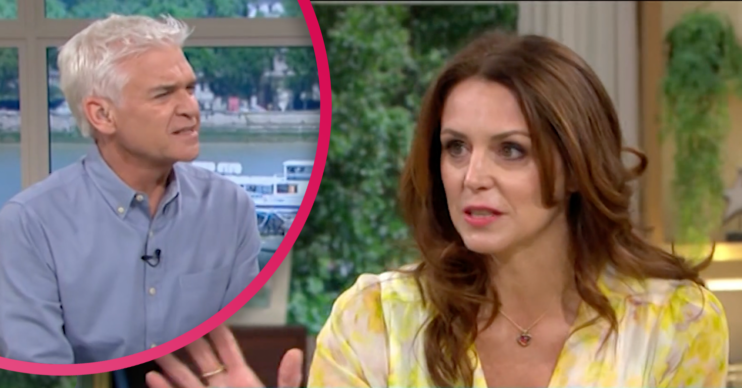 She's no stranger to controversy

This Morning guest Beverley Turner got a lot of flack on Twitter for remarks she made about food banks on the ITV show today.

The presenter, 48, was responding to comments made by a Tory MP suggesting cooking lessons would help poor people “fend for themselves”.

And now Beverley is under fire as well.

The mum-of-three was joined on the show by LBC host Nick Ferrari.

He told Phillip Schofield and Rochelle Humes he thought the MP’s comments were “offensive nonsense.”

“But you’ve also got to give him the fishing rod. We’re giving people food, let’s empower them to cook better, to cook more healthily. It helps all of us.”

But Nick pointed out many people don’t have the time to cook.

Meanwhile Phil explained some folk can’t afford to pay their bills because of the current energy crisis.

Beverley conceded the host had a point, but insisted education was “never a bad thing”.

Phil predicted many viewers would screaming “read the room” at the TV – and he was right.

One fan tweeted: “Whether you can cook or not, it doesn’t change the fact that people claim food banks because they have no money once the bills are put in place.”

Another said: “Bev Turner pretending to be in touch with working class people.. bore off.”

While a third fumed: ““People who go to food banks cannot afford the food to cook from scratch you patronising moron.”

It’s not the first time Beverley has caused controversy on This Morning.

The presenter divided viewers when she disagreed with giving 12 to 15-year-olds the COVID-19 vaccine.

As a result fans made their case on social media.

One tweeted: “Once again Beverley Turner is spouting forth whatever she can suck up from the internet.”

However another agreed with the mum-of-three, writing: “So brave. Willing to put her career and profile on the line to protect her children and defend her beliefs. A hero!”