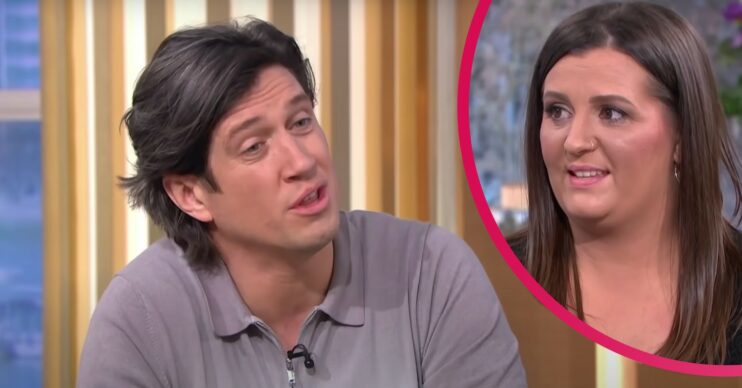 This Morning hit by 100 Ofcom complaints over interview

The interview was slammed when it aired last week

This Morning has been hit with over 100 Ofcom complaints following an interview that aired on the ITV show last week.

On Wednesday, February 2, This Morning received backlash for giving airtime to an ex-care home worker who had refused to take the Covid vaccine.

What happened on ITV’s This Morning last week?

On Wednesday last week, Louise Akester, a former care home worker, was a guest on This Morning.

Louise, who had spent 14 years in the care sector, lost her job in November 2021 for refusing to take the vaccine. Initially, for those working in care, it was mandatory to have the Covid vaccine. Failure to have the jabs meant workers would lose their jobs.

However, the government announced a U-turn on mandatory vaccinations. But for many, it was far too late.

Read more: This Morning: The most-talked-about controversies to ever hit the ITV show

“It was like being punched in the stomach,” Louise said of losing her job. “I thought, we’ve been there from day one, we’ve worked right throughout it [the pandemic] all, on the front line, we’d done everything that was required of us. And now all of the sudden we’re no good.”

Louise then went on to explain why she didn’t want to take the vaccine. “With it just being so new, I didn’t trust it yet,” she said.

“I just thought I’m not having something that’s in trials still.”

She later went on to say that she was told to come back and visit by the care home, however when she tried, she was refused entry. This was despite being told she would be allowed, even though she wasn’t vaccinated.

How did viewers react at the time?

Viewers were furious that Louise was even being given airtime, let alone the fact that Vernon Kay and Rochelle Humes, who were hosting, openly applauded her.

It has since been revealed that the segment on the show received 101 Ofcom complaints. Many were also angry that a medical professional hadn’t been present to argue for the vaccines.

“Oh for goodness sake! Have your jab and keep your job, what do you expect! Why give her airtime?!” one viewer ranted at the time.

“#ThisMorning can you actually now do a piece on someone who has had the vaccine now? It’s one-sided giving this airtime. It’s all ‘woe is me’ – your choice,” another said.

“So angry and disappointed by the anti-vaxxer being lauded for refusing the vaccine and being applauded. It makes my blood boil that this was clearly wrong on so many levels. The least that should happen is an apology to all those people who did the right thing,” a third said.

What else did ITV’s This Morning viewers say?

Other viewers were equally as furious with the interview with Louise.

“AntiVax care home worker called a hero on #ThisMorning and given a round of applause. How about getting an ICU nurse on TV and a scientist that helped develop the Covid-19 vaccine for a truly deserved 10 mins of airtime?” someone else said.

Louise did have some supporters, however.

“This gorgeous, kind, caring woman on #thismorning who was sacked due to vaccine mandate in care system. What a lovely person you are!!!! Good luck with the lorry driving!!” one wrote.

“Some people are so wrapped up in judging other people for their vaccine statues that they don’t see what’s actually happening. A vaccine doesn’t determine a person or how well that person can do their job,” another said.

What did you think of last week’s interview? Leave us a comment on our Facebook page @EntertainmentDailyFix and let us know.