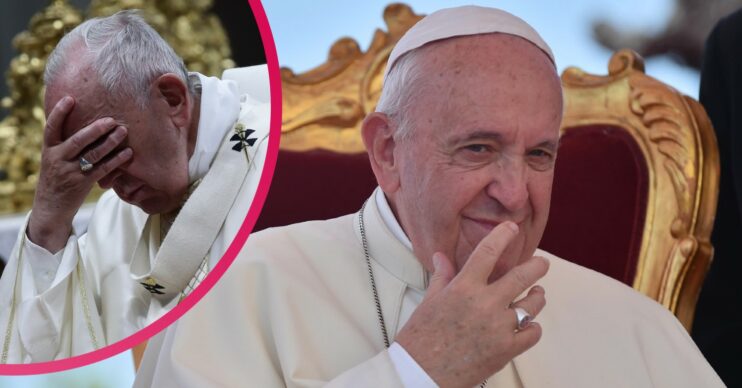 The newsreader made the blunder as she discussed his annual Christmas address on Saturday.

During the report, Kylie went on to speak about the Pope urging for more people to get vaccinated.

ITV News announce the death of the Pope

According to Metro, the newsreader said: “He said that vaccines should be made available to those most in need.

“His death was announced…”

Kylie quickly realised and went on to apologise for the mistake.

However, the moment didn’t go unnoticed with viewers at home.

Many appeared confused over the blunder as they took to social media to comment.

On Twitter, one said: “ITV news just accidentally announced that the pope is dead!”

ITV just announced the death of The Pope by accident pic.twitter.com/GS5RNCdm5b

itv news just accidentally announced that the pope is dead-

Did anyone else hear the newsreader on @itvnews say the pope was dead? And then not correct herself?!

The #Pope was dead according to @itvnews.#Muppets

So is the Pope dead or not @itvnews ?

‘So is the Pope dead or not ITV News?’

A second added: “Did anyone else hear the newsreader on @itvnews say the pope was dead? And then not correct herself?!”

A third wrote: “So is the Pope dead or not @itvnews?”

In addition, a fourth shared: “The #Pope was dead according to @itvnews #Muppets.”

Read more: OPINION: Why Paul O’Grady MUST be knighted in 2022

Another joked: “I’m gonna start throwing ‘his death was announced’ randomly into conversations. I feel like that would be fun! #ITVnews #Pope.”

The news report followed shortly after Pope Francis delivered his speech from St Peter’s Basilica at the Vatican.

During the speech, the Pope discussed the “great number of conflicts, crises and disagreements” in the world.

He said: “We have become so used to them [conflicts] that immense tragedies are now being passed over in silence; we risk not hearing the cry of pain and distress of so many of our brothers and sisters.

“Son of God, comfort the victims of violence against women, which has increased in this time of pandemic. Offer hope to young children and adolescents suffering from bullying and abuse.”