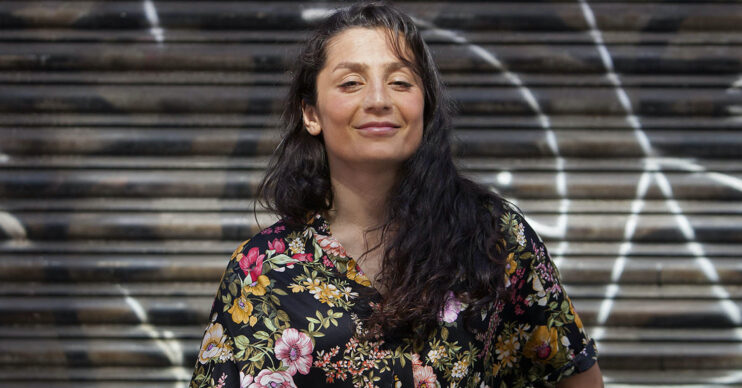 Nadia Nadim joins ITV Euros pundits for – what happened to her father and is the footballer married?

The ITV pundit has had a turbulent life

Nadia Nadim is one of the fastest-rising stars in football and now one of the ITV Euros pundits.

The women’s football player carving a career for herself in front of the camera as well as on the pitch.

Nadia is part of the UEFA Euro 2020 coverage which has been rescheduled to June 2021 due to the pandemic.

She’s joined the likes of other footy stars including Ashley Cole and Graeme Souness.

Who is Nadia Nadim?

She led a troubled upbringing due to conflict in her home country.

In 2000, her father was executed by the Taliban.

“The only thing I was thinking of was staying alive, you know, surviving until the next day,” she told CNN Sport.

“I was just looking: ‘Okay, what’s going to happen? What’s happening right now? How can I survive until the next morning?'”

As a result, her family fled to Denmark where she began playing football.

Her talent quickly shone through, and she rose up the ranks.

Nadia was originally blocked from joining the Denmark national team due to a residency rule.

However, that didn’t stop her though.

Subsequently, FIFA was challenged and changed its rules, allowing her to join.

She made her debut for the team in 2009. She played in all three of Denmark’s UEFA Women’s Euro games the same year.

Her success led to her making her Champions League debut in 2012.

In 2019, she signed for Paris Saint-Germain.

What is Nadia doing now and is she married?

At the age of 33, Nadia is considered on the older side as a football player.

As a result, she has been hard at work on what she hopes to do after her match career ends.

She is studying for a medical degree in Denmark.

Nadia previously revealed hopes to work as a reconstructive surgeon.

Read more: Everything you need to know about ITV Euros pundit Graeme Souness

She told The Guardian recently: “There will come a time as a surgeon when all the responsibility is on me and it’s going to be more extreme than anything I’ve experienced.

“I know the value of helping a person when they have no hope. I’m a walking reminder of that.

She added: “Someone’s face can be blown up and it’s hard for them to exist. I want to give them some of their identity back.”

Nadia is currently single. She has focused on her career in football.

As a result, she is currently not thought to be dating anyone.

What do you think of the ITV Euros pundits line-up? Leave us a comment on our Facebook page @EntertainmentDailyFix and let us know.