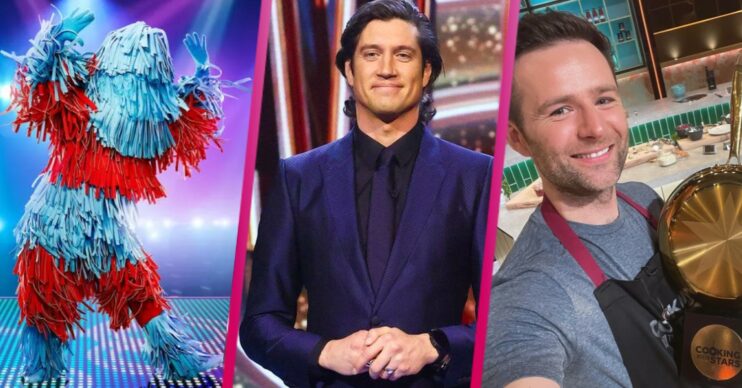 The broadcaster has some major plans for the channels future

THREE of ITV’s newest shows may already face the axe after only one series on air.

The Masked Dancer, Vernon Kay’s Game Of Talents, and Cooking With The Stars are among the shows whose future is currently undecided.

Katie Radcliffe, Head of Entertainment at the broadcaster, spoke about the future of programming at ITV at Edinburgh TV Fest this week.

While she did not confirm what lay ahead for the series, the team plan to ‘take stock’ of what shows go forward, and which to leave behind.

“We often don’t commission into slots. It’s about the ideas and the content, and then we work out where they go. So we are definitely always open for business,” she said.

“In terms of whether those shows are returning, we’ve tried new stuff and we’re going to sit down and take stock of everything we’ve tried over the last few months and work out what we’re going to take forward, what we’ll do again and how we’ll do it.”

Read More: Will there be a second series of Craig and Bruno’s Great British Road Trips?

She also said there were ‘always opportunities’ for new shows at ITV.

“I think it’s too early to say if they will be back,” she added. “We are looking at the stuff we did over the summer and before the summer, like Game of Talents, Masked Dancer. We’re looking at all of those and having those conversations soon.”

What other shows face the axe across ITV channels?

It’s not just ITV entertainment that’s getting a shake-up… with ITV2 boss Paul Mortimer planning some big changes as well.

The boss is dropping hints he could remove panel shows as they’re no longer a draw to a young audience.

As a result, this includes shows like Celebrity Juice – which has been on air for 14 years.

Read More: Rolling In It viewers all have the same complaint about Stephen Mulhern after last night’s show

He said at the festival: “They are as old as television if you think about it. We reinvent them, from ‘Shooting Stars’ through to ‘Celebrity Juice’. They’re nothing like the panel show of old.

“It’s one of those where the host greets you, you know what you’re going to get. You’re introduced to this week’s panel and at the end of the episode they wave goodbye and it’s, ‘see you next week’.”

All three shows are now available on ITV Player.

Cooking With The Stars The Masked Dancer