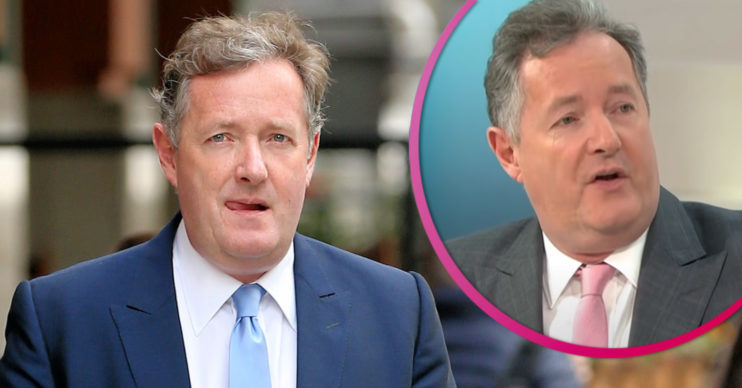 ITV's boss says no one can fill the controversial star's shoes

It seems ITV is struggling to replace Piers Morgan on Good Morning Britain.

The former GMB star quit the show last month (March) following a wave of backlash from viewers after his comments about Meghan Markle.

Since he left, many have wondered if the show will ever be able to find a new presenter like him.

Well, it turns out ITV has been wondering the same thing.

Boss Kevin Lygo has confessed that the network has realised there is “not a single person” who could replace Piers.

Kevin told Deadline: “Piers is a special thing. You can’t replace somebody like him. There is nobody like Piers, for good or bad.

“We have a roster of presenters. They’re all stepping up and doing a few more days than they would have done … We’ll mix and match until we feel what the right thing is to do.

“There isn’t a single person [who can replace him].”

Despite the way he quit, Kevin went on to insist that Piers’ split with GMB remains amicable and that they are on good terms with Piers.

He admitted he’s “amazed” Piers “lasted this long” because “there were some other moments where I thought, ‘Oh, here we go'”.

Kevin added the last time he signed him was “about a year-and-half ago, and I remember saying: ‘Well, we’ve had a great run haven’t we Piers?'”.

Piers had said he didn’t believe Meghan in her Oprah interview.

The Duchess of Sussex opened up about feeling suicidal during her pregnancy with Archie, but claimed she didn’t receive help from the Palace.

Jason made his comments after Piers tweeted his Mail on Sunday article in which he opened up about his GMB exit.

“I don’t agree with Piers over the Meghan thing at all, think he was out of order.”

He added: “But when he quit GMB, nobody cheered more than the politicians who no longer have anyone to ask the hard questions.”

Piers then responded: “Fair enough… I respect your right to have a different opinion to me.”