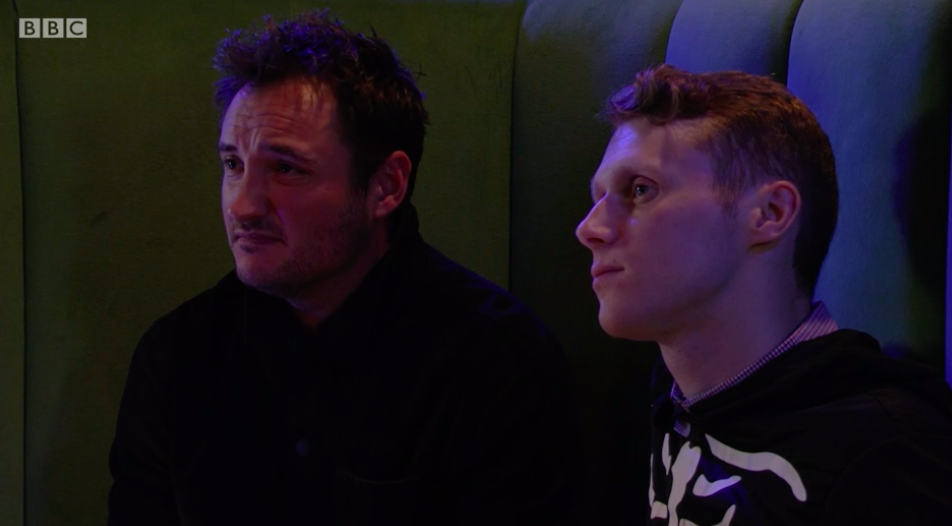 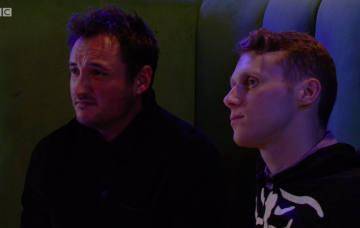 Martin Fowler hit E20 for a night out in yesterday’s episode of EastEnders, along with mate Jay Brown and ex-brother-in-law, Robbie Jackson.

Robbie was on the pull, being super sleazy as he checked out the women in the club. He even snapped a pic of one woman’s behind and showed it off to his mates – much to their disgust. Jay even called him a “dirtbag”. Which sounds about right.

Meanwhile, poor Jay was feeling lonely. He wondered if anyone would even come to his funeral and wasn’t really comforted when Martin joked that he’d send flowers.

With Ruby’s ordeal weighing on his mind, Martin was feeling unsettled and wasn’t enjoying his mates’ desperation to get close to the women who were out celebrating Halloween.

And Jay and Robbie were winding each other up about who was best at chatting up the ladies.

But as the drinks flowed,  Martin soon got caught up in the atmosphere and joined in as the others rated women.

“We have potential here,” he said as he gazed at a woman’s back view on the dance floor.

“Definite 10,” agreed Jay as Martin told him to go and try his luck. When Jay said no, Martin urged Robbie to go and chat up the girl instead.

But the girl turned round and to Mr Fowler’s horror, he realised she was his teenage daughter, Bex. 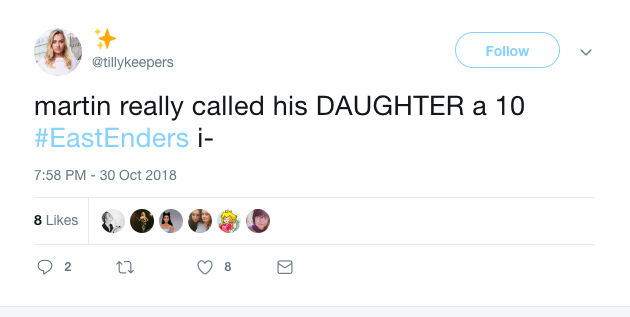 “Martin really called his DAUGHTER a 10,” laughed one viewer. While another said: “Was that possibly the most awkward moment ever in the history of EastEnders?” 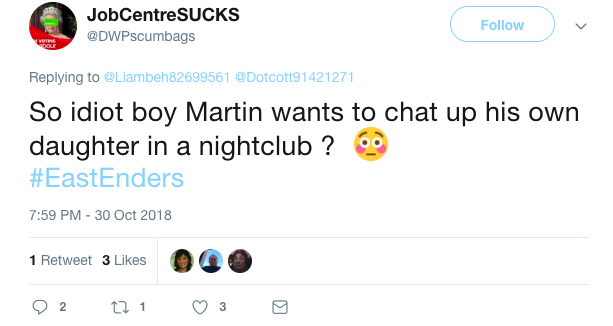 What did you think of Martin’s blunder? Let us know by commenting on our Facebook page @EntertainmentDailyFix!